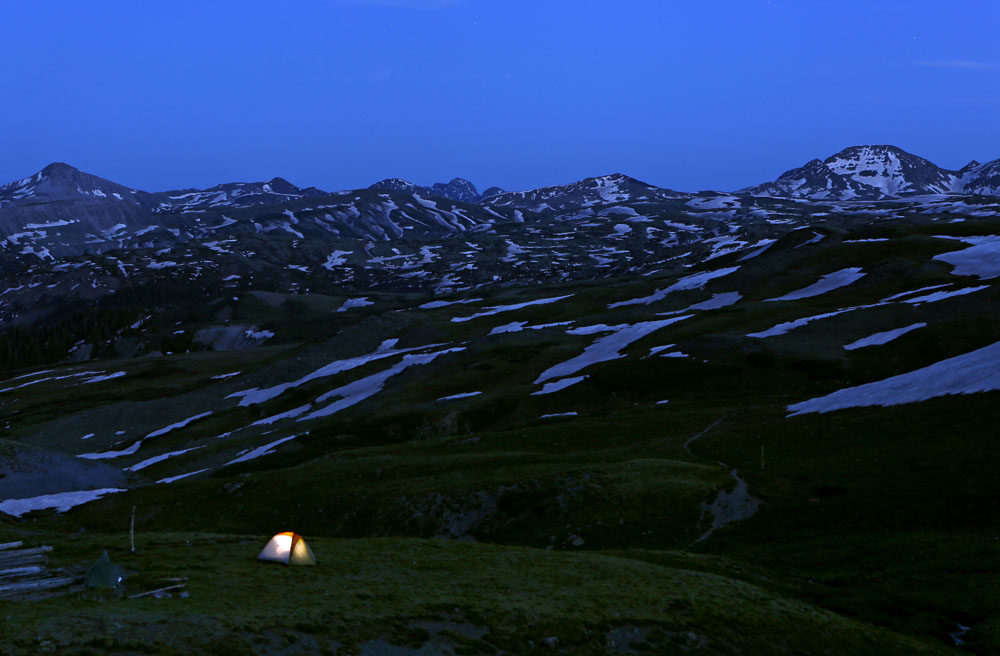 Stony Pass has the distinction of being the headwaters for the Rio Grande. If we went any farther west we would be in the watershed of the Colorado River. So this is where we are going to turn around and start our journey to the Gulf of Mexico.

At more than 12,650 feet, the pass is high enough to make a person from sea level nauseous. The pass stays snowy well into July. Up here, the river is so small you can jump over it without getting your feet wet.

These snowfields are the biggest reservoirs for the entire river. The amount of snow in the mountains and how fast it melts determines what kind of irrigation season farmers 600 miles away in El Paso will have — and how much walking we will have to do.

For fun, I’m taking a few ounces of snow to carry with me to the coast. Since the completion of Elephant Butte Dam in New Mexico in 1916, and the expanded irrigation and management of the river it allowed, practically no water from the Rocky Mountains has made it to the Gulf of Mexico via the Rio Grande.

Snowmelt on the west side of Stony Pass that drains into the Colorado doesn’t have much chance of reaching the Gulf of California, either. All the snow we see here is most likely going to evaporate from reservoirs, lawns and farm fields well before it reaches either coast.

Our goal is to find out what going dry means for the river and the people and places that depend on it.

It’s going to be hot and dry, but for now it’s cool and wet, so we are going to enjoy it. 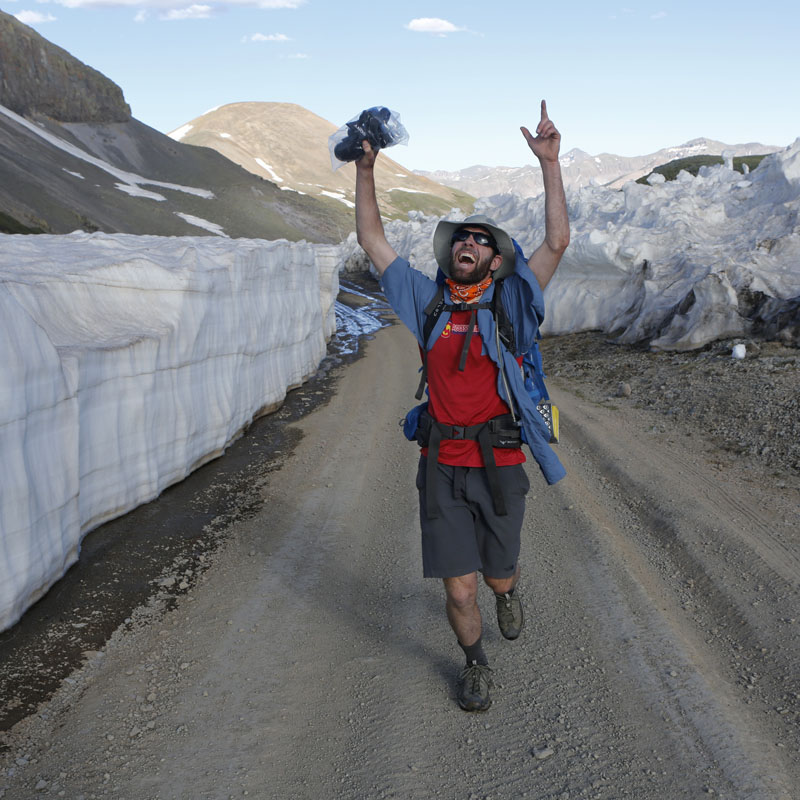 Colin is thrilled to reach the top of Stony Pass. Photo by: Erich Schlegel 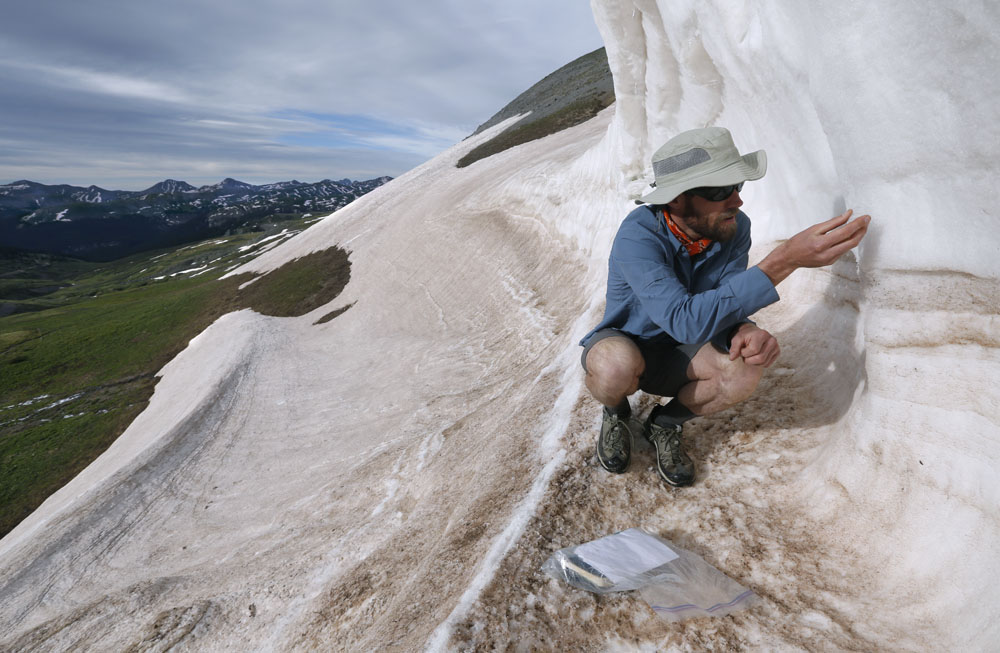 Colin takes a sample of snow to carry to the Gulf of Mexico. Photo by: Erich Schlegel 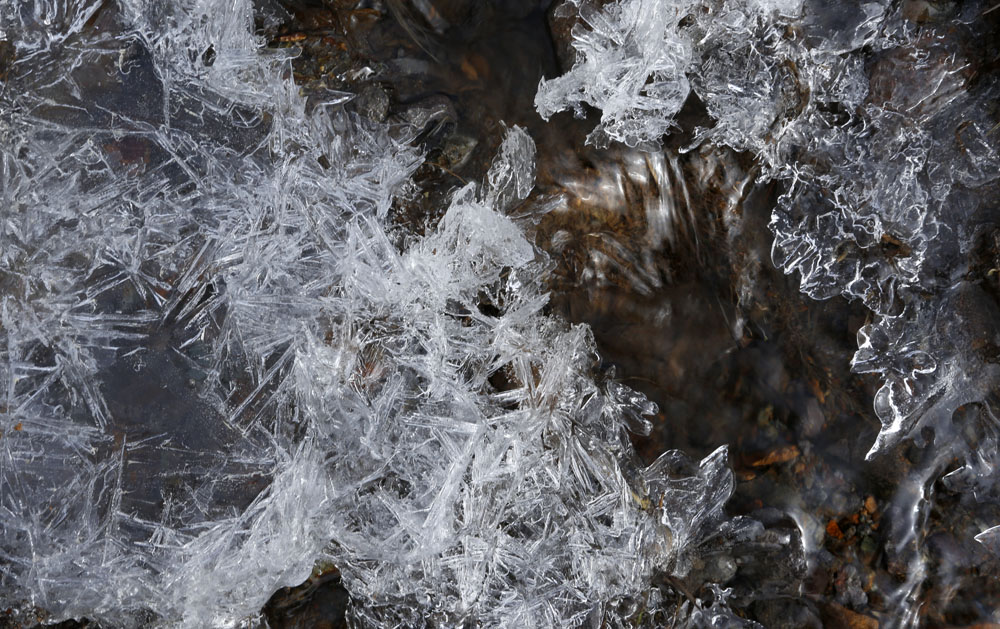 Ice crystals formed overnight along a trickle of water feeding into the Rio Grande. Photo by: Erich Schlegel 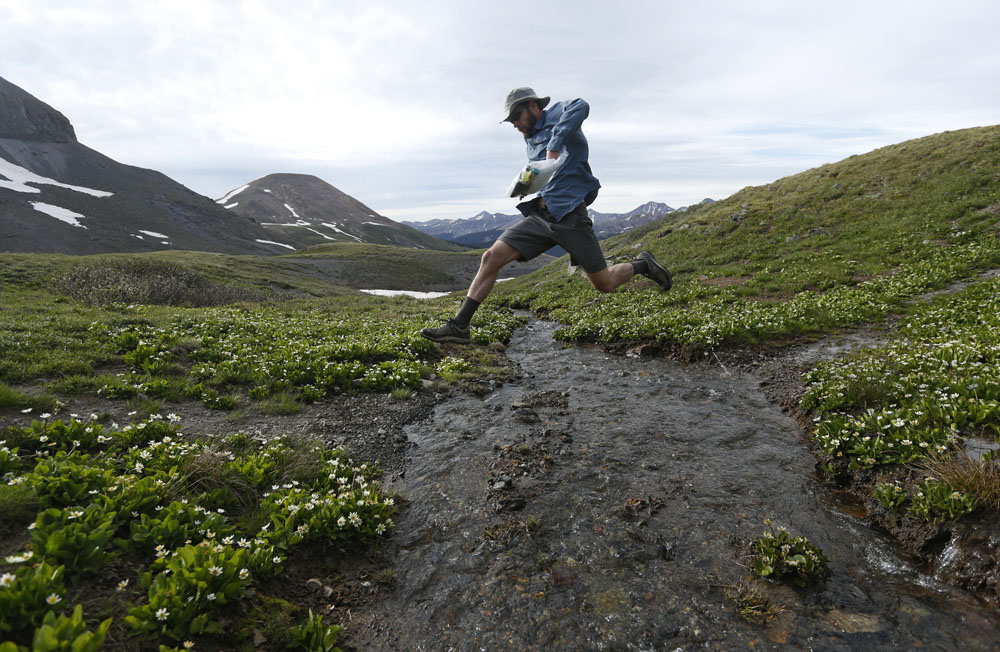 Colin jumps across the Rio Grande. Photo by: Erich Schlegel 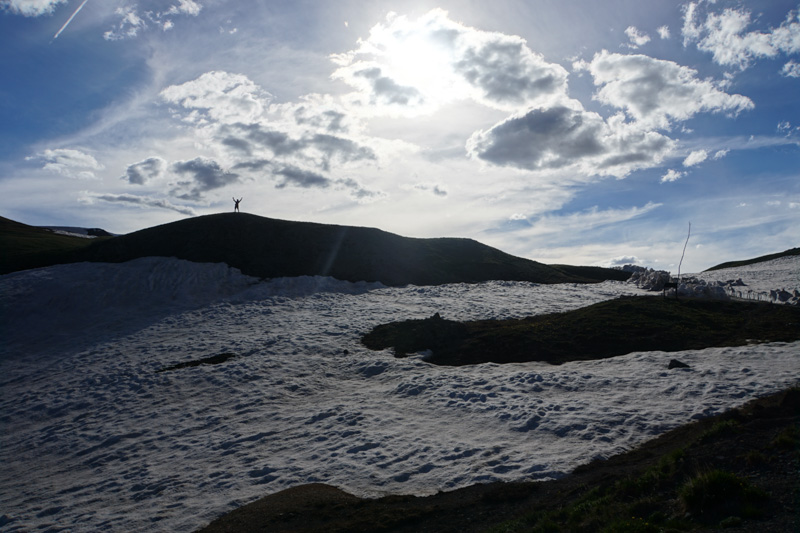 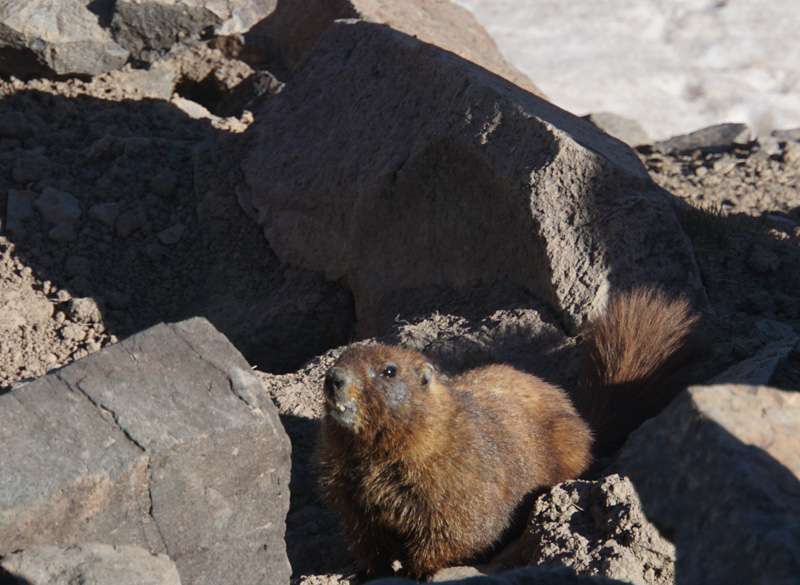 A marmot on Stony Pass checks out the newcomers to the area. Photo by: Colin McDonald