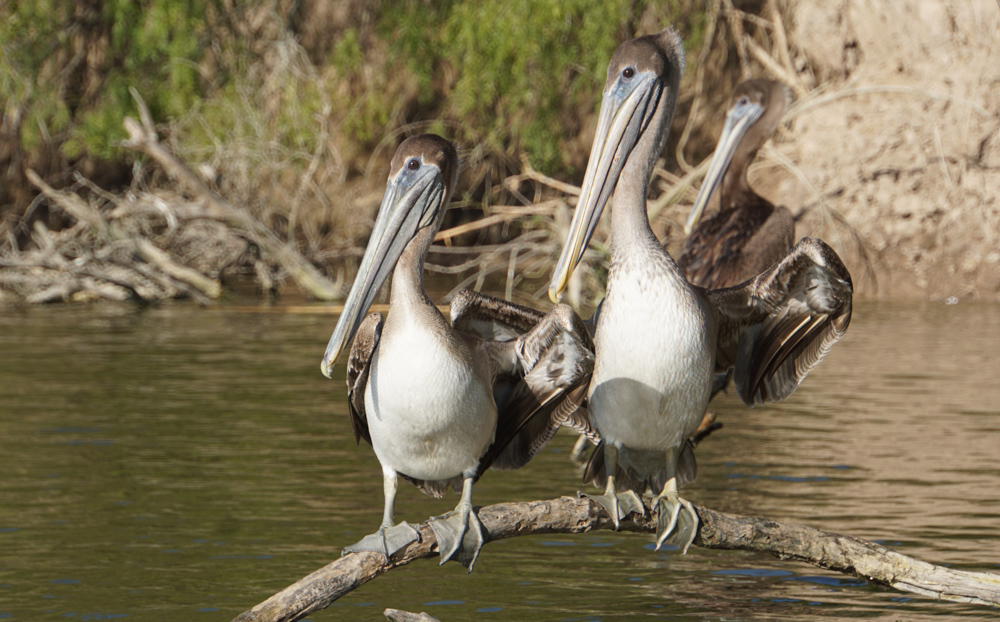 Salinity levels are rising. Brown pelicans are becoming common. We are getting very close to the Gulf of Mexico.

There are 12.9 miles of Rio Grande left, but we are saving it for Friday so others can join us. We are also hoping the next batch of wind and rain will blow itself out by then.

It should be an interesting paddle.

We have passed the last of the levees and the nature of the river is changing. The banks are 5-feet high instead of 20 and made more of sand than mud. We can see jack-up oil rigs and sand dunes. There are blue crabs scurrying along the bottom of the river and locals are starting to warn us less about alligators and more about sharks. So far we have seen neither.

What we did see today was dozens of gill nets stretched across the river. The gaps of the monofilament nets range from two to five inches.

Judging by the amount of trash in the nets and the film growing on them, it seems some have been set out for months. These nets held decaying fish. Other nets were being actively worked by men using everything from traditional high-bowed skiffs to the shells of jet skis.

We saw one net that stopped near the middle of the river, the official boundary between the United States and Mexico. The rest were anchored to each shore.

We wondered how any fish could survive. Judging by the number of egrets, herons, ospreys and pelicans, there must be a fair number to go around. 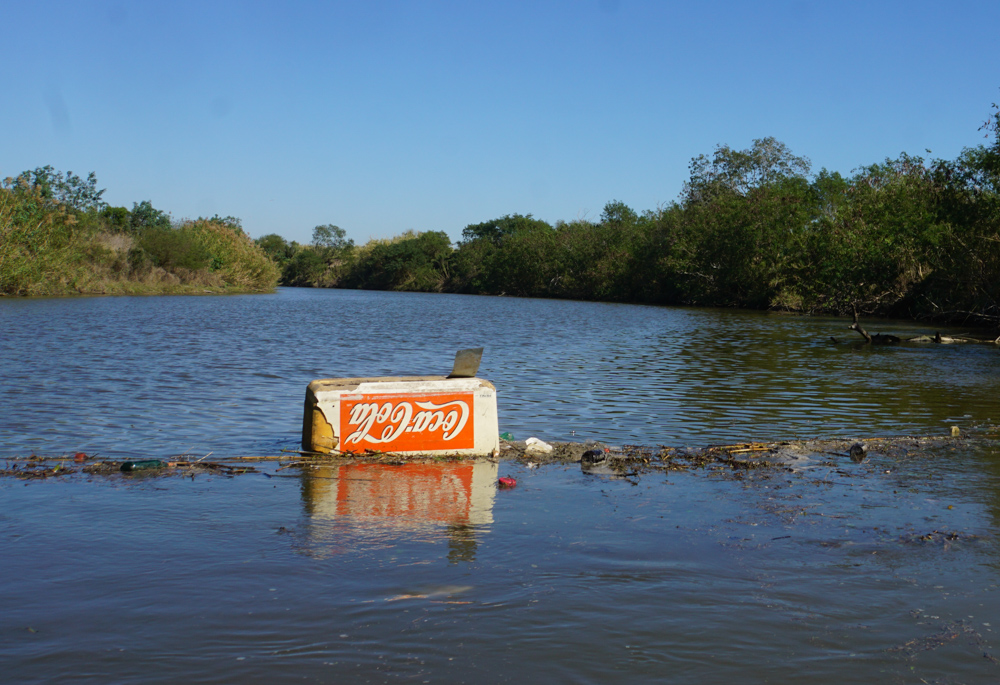 A gill net suspended across the width of the Rio Grande catches garbage, dead and living fish and anything else floating in the river. Photo by: Colin McDonald 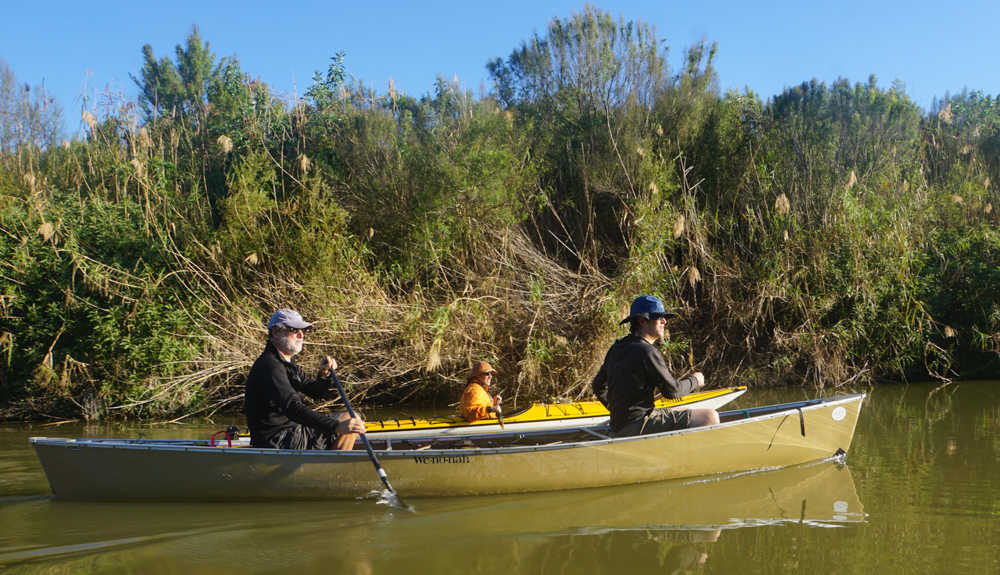 From left to right, George Hayes, Dennis Barrett and Jonathan Hayes start a 26-mile paddle on the Rio Grande. Photo by: Colin McDonald 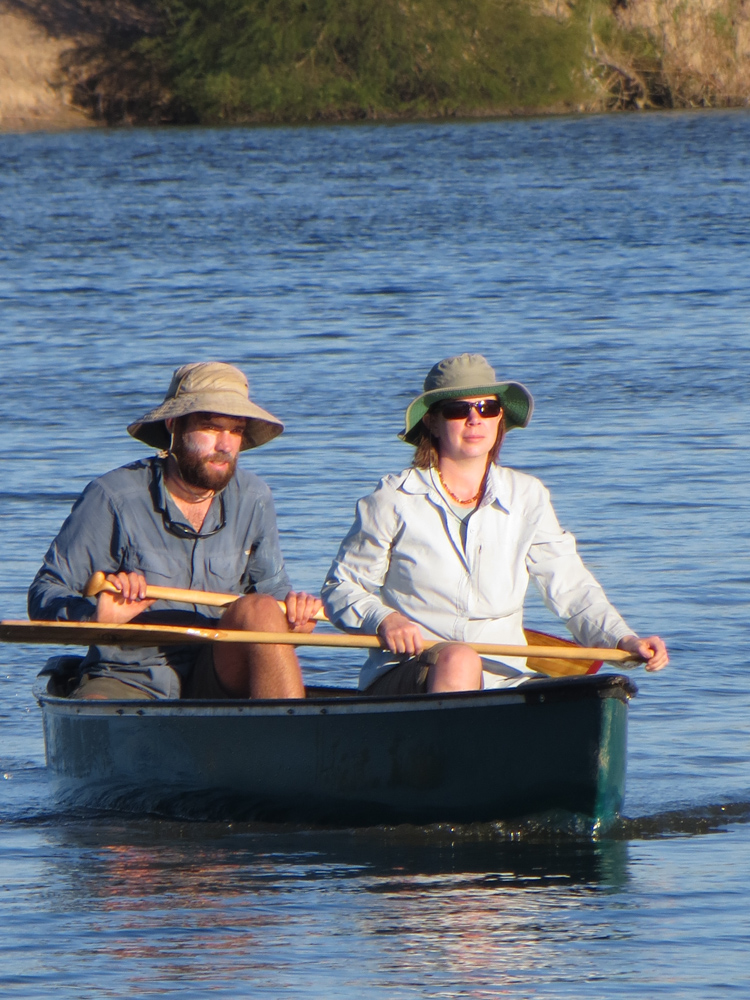