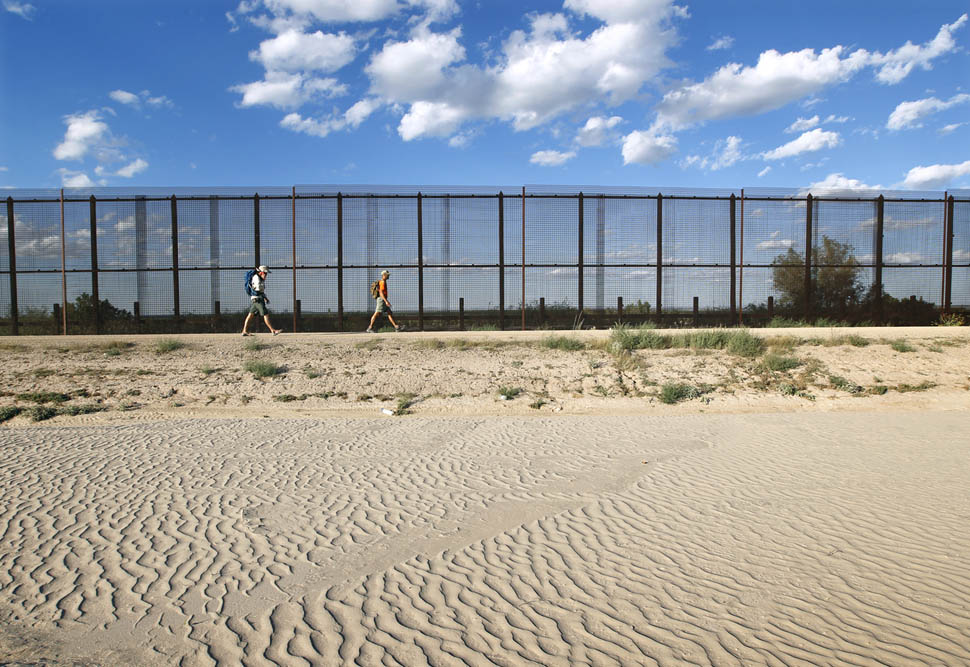 David Lozano and Colin McDonald, on the cell phone, walk between the border fence and the dry riverbed of the Rio Grande outside of El Paso. Photo by: Erich Schlegel
Email
Twitter
Facebook

When the Spanish marched members of the Isleta Pueblo south as they were fleeing the Pueblo Revolt of 1680, the pueblo leaders took their drum with them. It was central to their dances, which were central to their culture. They were moving several hundred miles south from the outskirts of present day Albuquerque to eastern El Paso. The only connection they would have to their homeland would be the Rio Grande.

They became the Ysleta del Sur Pueblo and they started farming the flood plains just as they had up north.

Ysleta War Captain Javier Loera describes the pueblos along the river like beads of a necklace.

“Our people were the first to divert water from the Rio Grande,” he said. “Our beliefs are tied to the river. We hold it sacred.”

It is not an easy belief to hold on to.

The Ysleta del Sur Pueblo is an urban reservation. The suburbs of El Paso surround its checkerboard land. The farmland is mostly gone. It is federally recognized but had to shut down its casino because of objections from the State of Texas. It has some water rights, but they are undefined and practically useless.

The pueblo has to request access to the river to perform ceremonies a month in advance.

The river runs dry by their lands anyway. The tribe’s lawyer, Ron Jackson, said he once tried to explain to the Texas Department of Transportation that the tribe did not have sacred sites on the river, but that the entire river was sacred.

To them, it is P’ehla Euwla, River Big. It is their culture.  It is more important than even the most sacred drum.

“To us the river is a vein of Mother Earth,” Loera said. “To us it is still there.”

David Lozano and I walked 21.5 miles today along the border fence looking for that river.

We are able to do so because the International Boundary and Water Commission gave us a letter saying we had permission.  I have been working on getting that permission for more than a year. We all carry a laminated copy of the letter to show to Border Patrol and extra copies to hand out.

We did not intend to spend 6 hours walking today, but we had to because there were no other entry points we could use along the fence. Although we never left the United States, we still had to go through customs to get back to the truck.

The river is a foreign land. 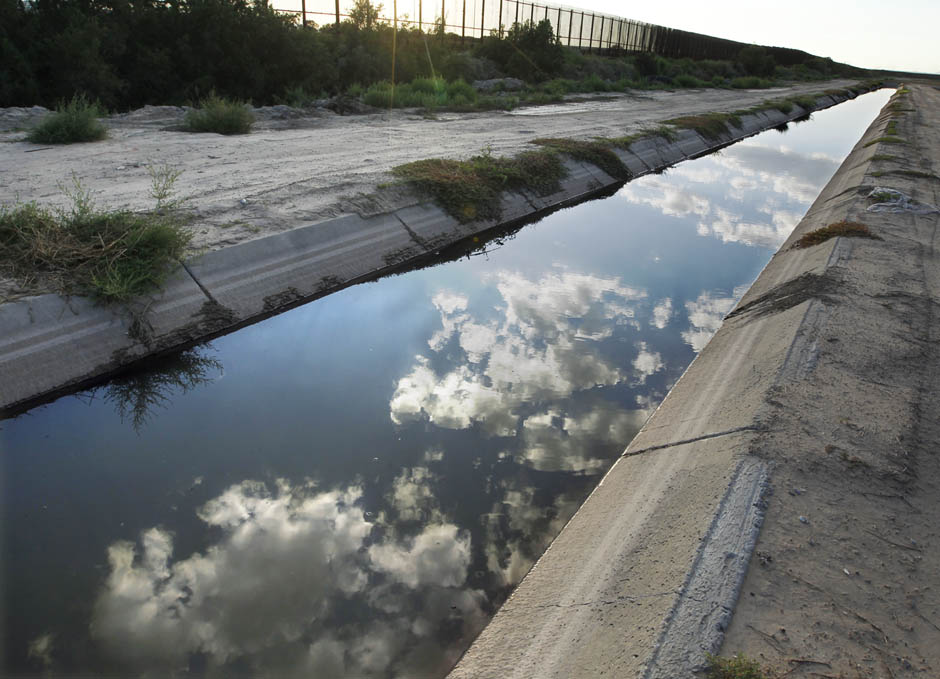 El Paso has received more than 4 inches of rain in September, almost twice its average rainfall. The water has helped fill the irrigation ditches, but almost none of the water will ever reach the Rio Grande. Photo by: Erich Schlegel 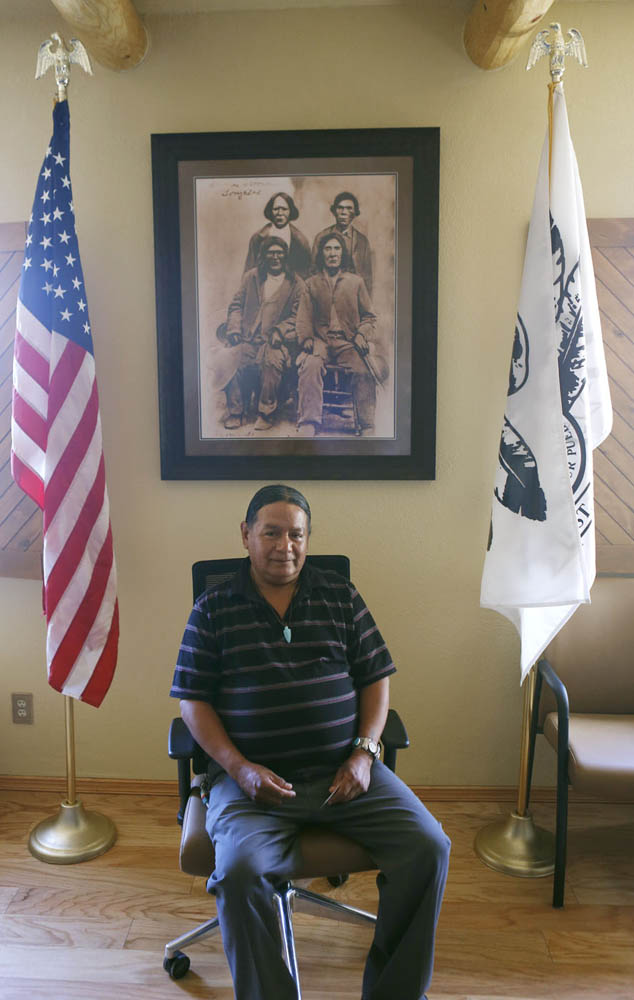 Ysleta del Sur Pueblo War Chief Javier Loera sits below a portrait from 1876 of scouts used in the war against the Apache Indians. Photo by: Erich Schlegel 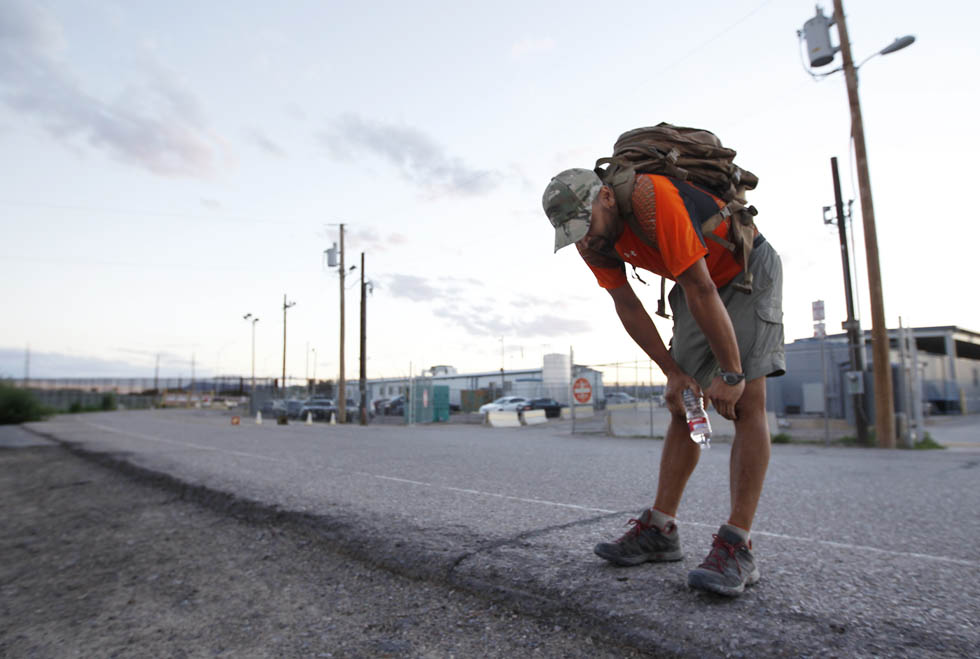 David Lozano takes a breather outside a port of entry along the Rio Grande after walking 21.5 miles along the river. Photo by: Erich Schlegel 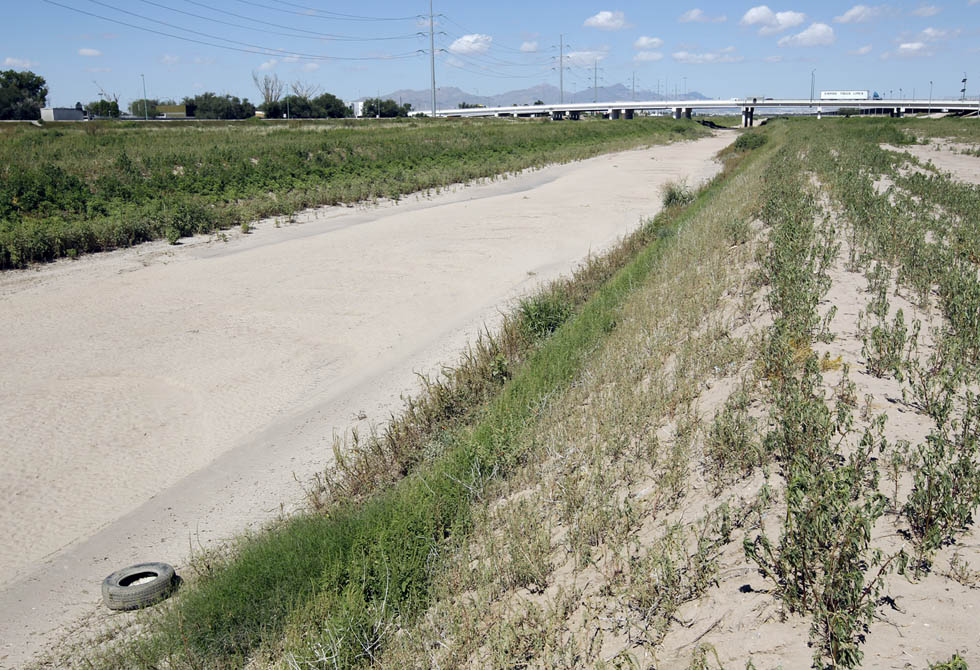 The dry riverbed of the Rio Grande near the Ysleta del Sur Pueblo. Photo by: Erich Schlegel 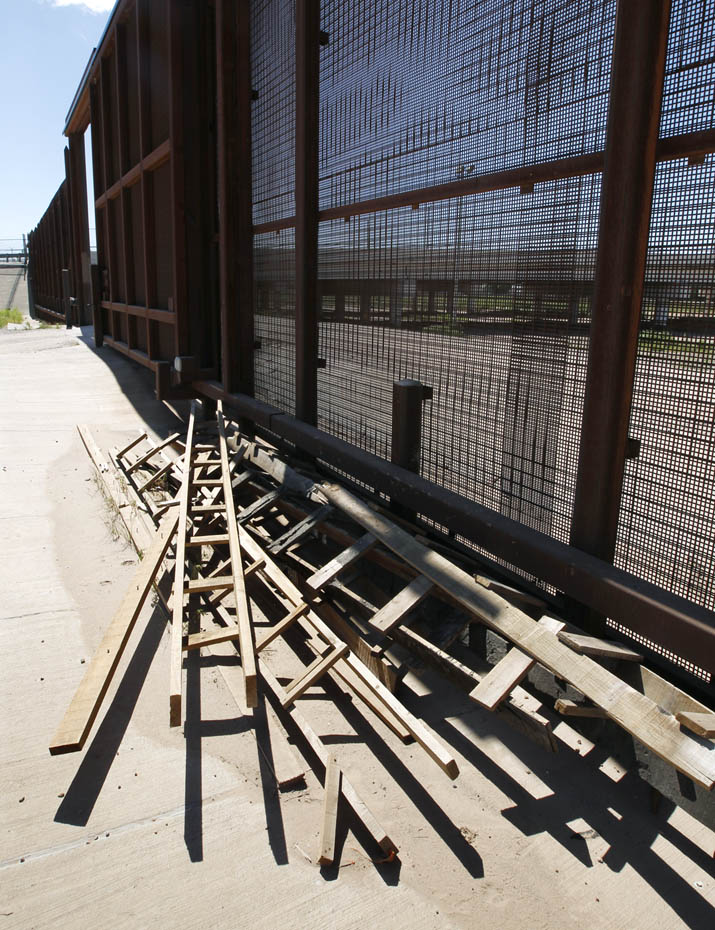 Homemade ladders are staked up against the inside of the border fence. Photo by: Erich Schlegel 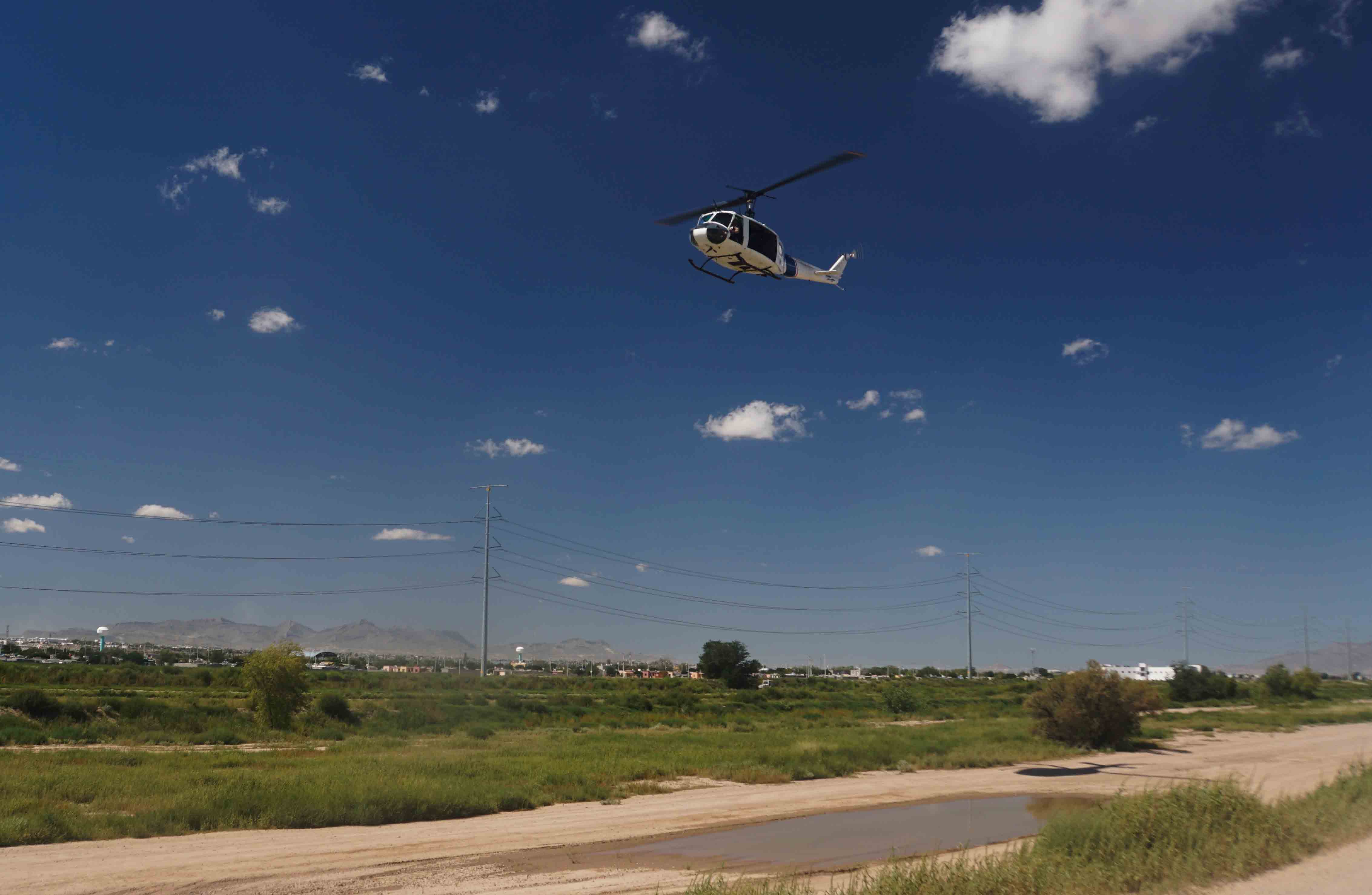 A helicopter flies low over the Rio Grande with its sliding door open wide to help those inside look for people trying to cross illegally into the United States. Photo by: Colin McDonald