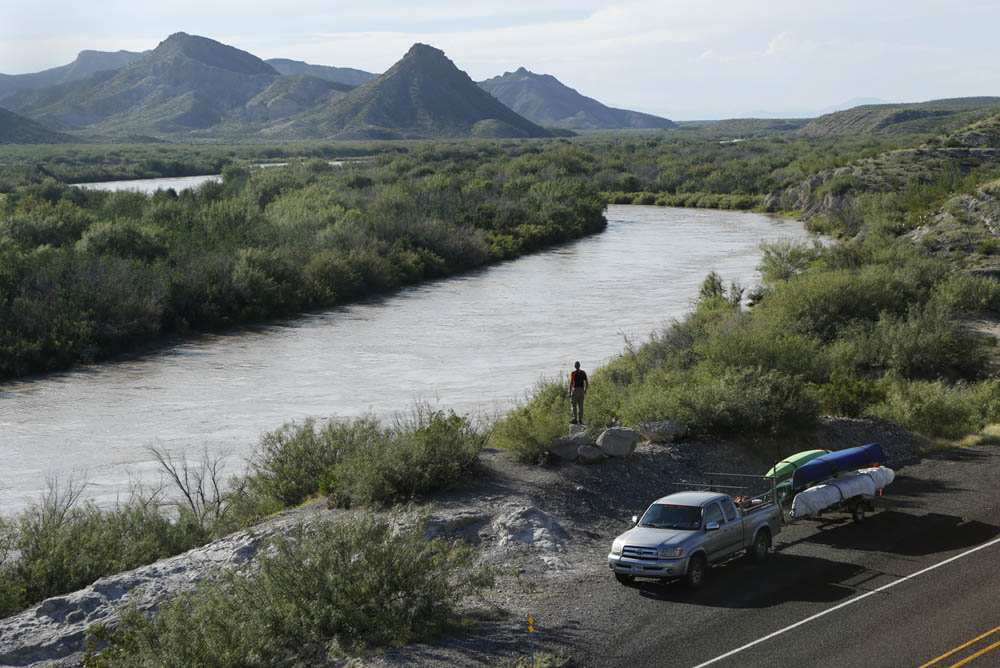 Today we dealt with the logistics of getting boats, trucks and cars in position between Del Rio and El Paso so we can walk and paddle the 1,200 miles that stand between the Gulf of Mexico and us in El Paso.

It meant 17 hours in various vehicles and thanking people for letting us use their driveways and storage sheds.

It had all the potential to be awful. There was traffic between Austin and San Antonio, confusing directions, tension about forgotten gear, late arrivals and hours spent riding together in the cab of a pickup.

Then we saw the Rio Grande.

It was the first time for David Lozano, who is joining our team to help us get through the thick brush of the Forgotten Reach and slip through the Canyons of Big Bend and the Wild and Scenic section. He did most of the driving.

The river is a brown churning mass where we saw it just below Presidio. Mexico is dumping water out of its reservoirs on the Rio Conchos as it deals with surprisingly strong monsoon rains. The Rio Conchos is the Lower Rio Grande’s largest tributary. If it stays high, we will have no problem making miles and staying on schedule.

It means we will have time for side trips and more interviews. And there are more than we can ever get to.

One of the people helping us is Charles Angell, a river guide based in Redford. In less than two hours he showed us the remains of chapels from the 1700s, Calvary Forts from the 1800s and earth stained black with the ash of campfires from the last 10,000 years. Lastly, he showed us the memorial for Esequiel Hernandez, Jr. In 1997, Hernandez was shot by U.S. Marines who were patrolling the border as part of the War on Drugs.  He was 18 years old, a U.S. citizen and was tending to his family’s flock of goats. He was shot and left to die.

The river is full of stories. It feels right to be back. 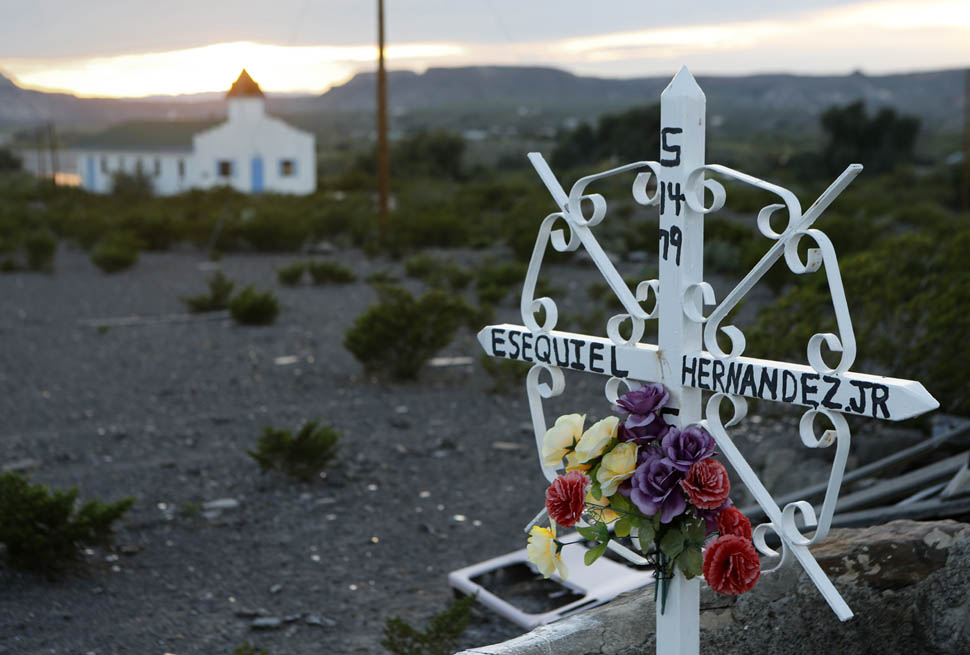 A memorial for Esequiel Hernandez, Jr. who was shot and killed by U.S. Marines while tending to a flock of goats along the Rio Grande. Photo by: Erich Schlegel 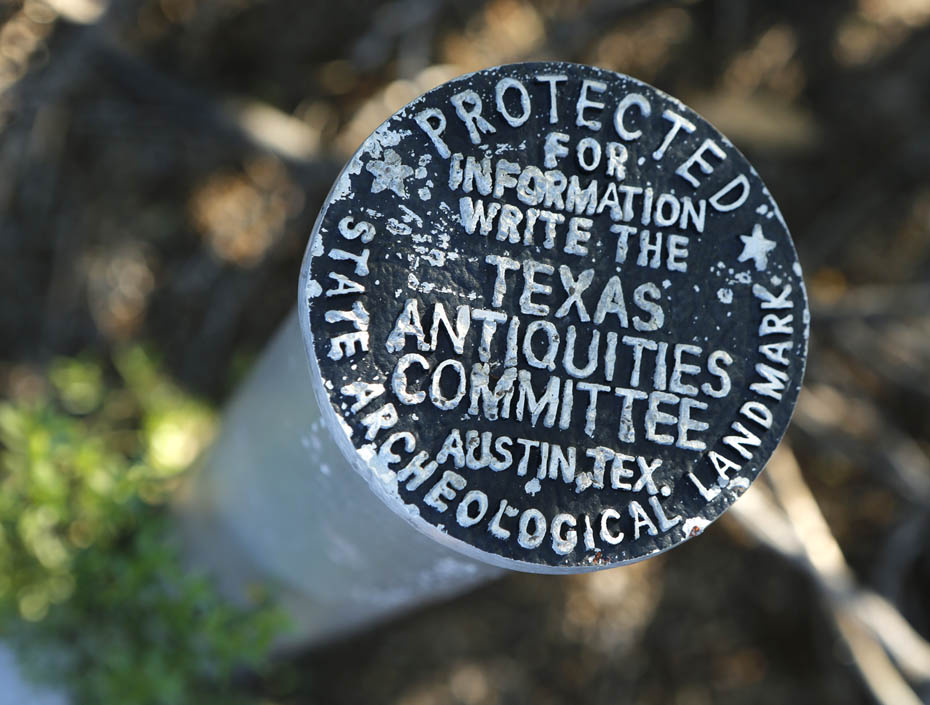 One of the markers designating the archeological significance of land along the Rio Grande. Photo by: Erich Schlegel 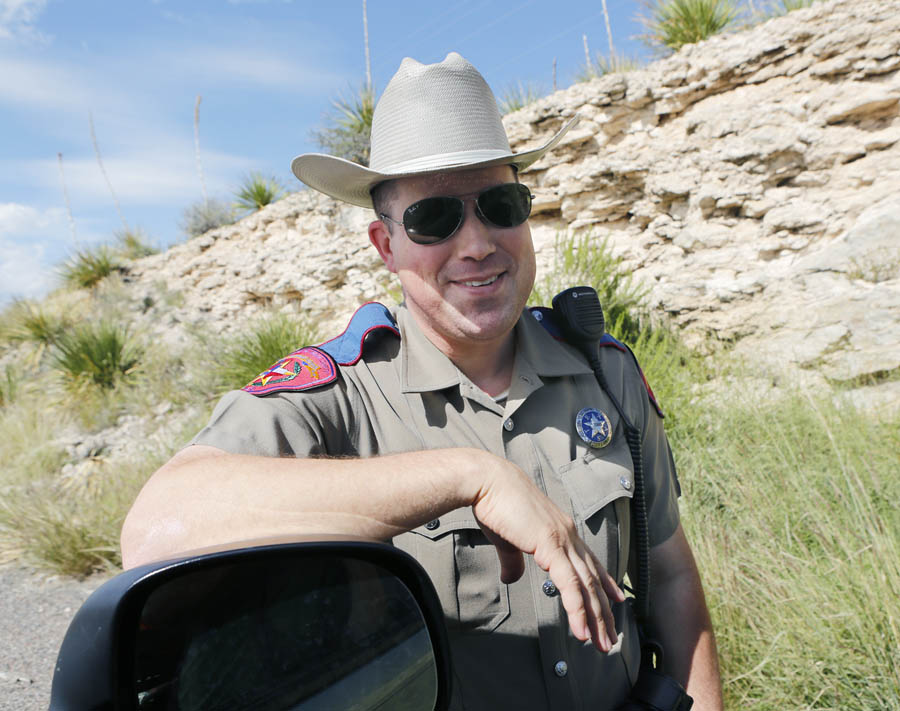 David Miller, Texas Department of Public Safety trooper, tells David Lozano to slow down -- we were driving 80 mph in a 75 mph. He also told Erich to check the plates on his trailer, the registration stickers were up to date, but on the wrong plates. He gave us a warning. We then learned he went to the same Catholic high school, Saint Joe, as Erich did in Brownsville, Texas. Their graduating classes were separated by more than two decades. Photo by: Erich Schlegel