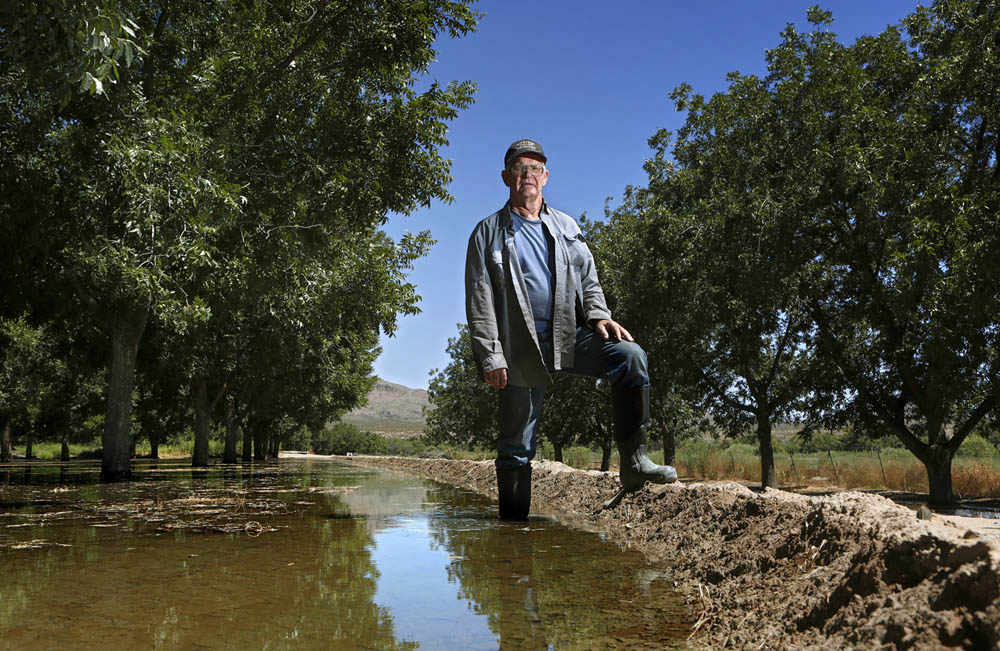 William Carlson bought his first pecan orchard in 1988. He was 37, with a degree in architecture and savings from working on offshore oil rigs around the world.

He did not know how to farm. He had grown up in Las Vegas, New Mexico working on a ranch, which he loved and knew he would never be able to afford. But on a trip to Juarez, Mexico to celebrate a friend's upcoming marriage, Carlson saw a pecan orchard and thought it was one of the most beautiful places he had ever seen.

There happened to be an ad in the Albuquerque Journal listing an orchard outside Rincon, New Mexico.

Carlson now has two farms with 41.6 acres of pecans split between the two. He can go two weeks without talking to anyone as he commutes between them tending to his trees. Carlson, now 63, is not married and has no children.

He loves the drive between the two orchards and seeing what all the other farmers are up to.

“This valley is blessed for agriculture,” he said. “The water truly is the lifeblood of this valley.”

When Carlson began farming, a neighbor would let Carlson use his well for irrigation. Locals liked to brag that Elephant Butte was holding back 10 years' worth of water.

Now, Elephant Butte does not have enough water for even a quarter of an irrigation season. Groundwater rights are being adjudicated, meaning the state is going through the decades-long process of figuring out who does and does not have rights to pump groundwater.

The move will allow for more complicated water markets, give landowners more assurance of what they actually own and allow the state to enforce pumping restrictions to maintain aquifer levels.

The move put an end to neighbors sharing water.

“You don’t even ask anymore,” Carlson said. “You know what the answer is going to be.”

In wet years, Carlson can flood irrigate his pecans every two weeks with the water from the irrigation canal that runs by his property. To keep his trees producing, they need to be irrigated 13 times a year.

Last year, he was able to irrigate once off the canal before it went dry. The rest of the water came from his wells.

The aquifer is now dropping.  Carlson plans to pump until he uses up all of his water right, or his wells run dry. For him, this is what the water is for.

“Me being a farmer, I have a hard time grasping that I’m using too much water to grow food,” he said. “What better use is there?”

But he knows the demand for water is growing and the issues will not go away.

“What they say is whiskey is for drinking and water is for fighting,” he said. “No truer words were ever spoken, at least in these parts … we will never solve this water issue. It will always be politicized. Someone will always want your water.”

Carlson plans to be dead before the groundwater rights are adjudicated. He tells people he will most likely die working in his pecan orchard.

It is where he is happy. Even during the hottest time of the day, the shade of the trees and the water pooling underneath create a cool oasis in the middle of the desert. 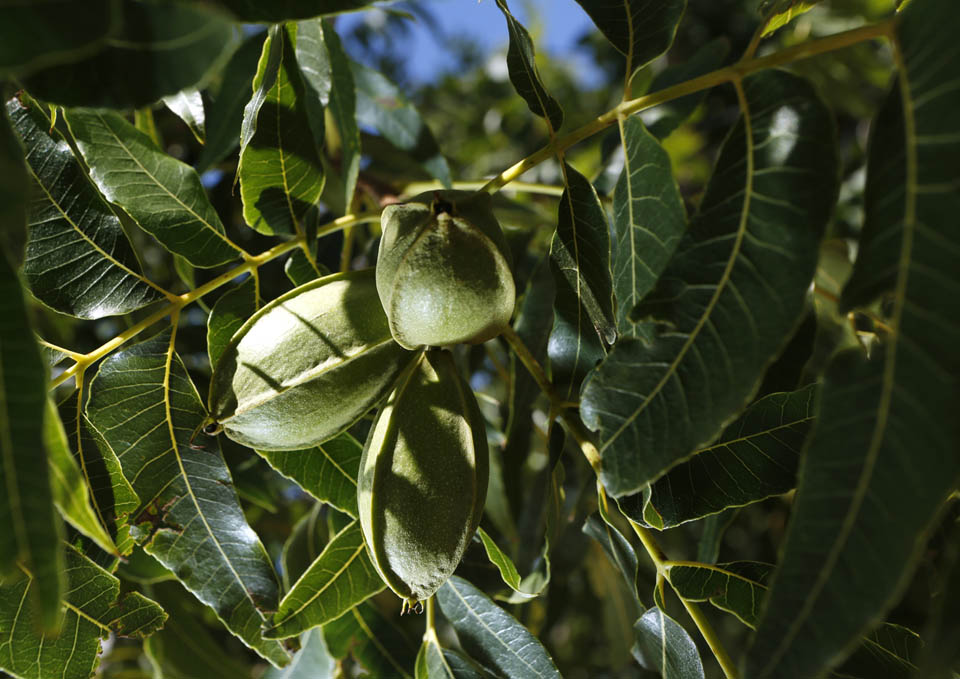 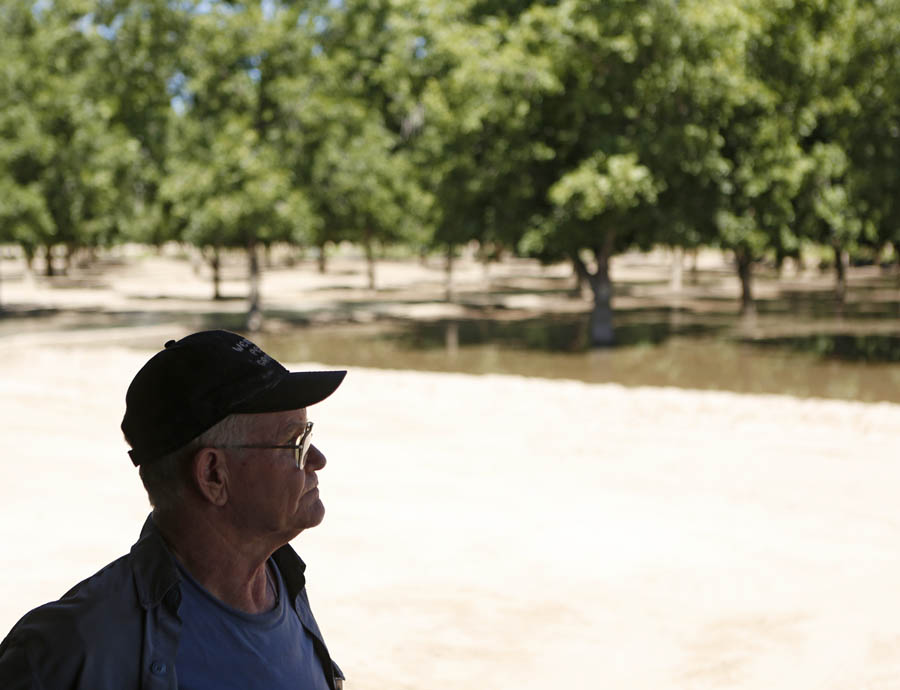 William S. Carlson looks out over his pecan orchard as he waits for one border to fill with water before changing the gates to flood the next. The full process will take four days of his ditches running non-stop Photo by: Erich Schlegel
Previous Day Next Day