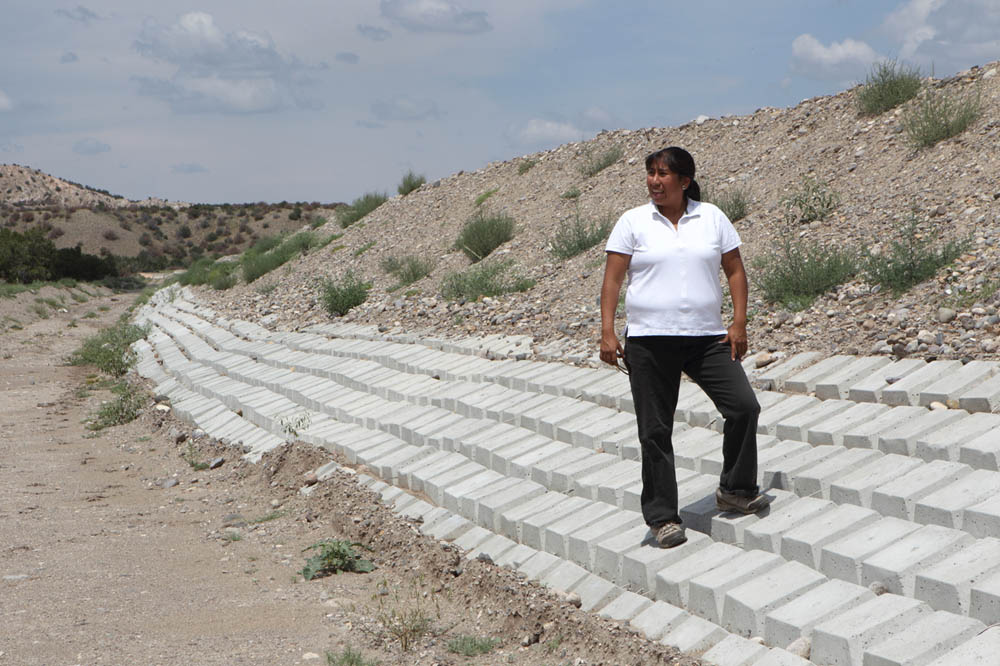 Phoebe Suina stands on one of the earthen berms she had built to protect the Cochiti Pueblo from small- and medium-sized floods, and give residents time to flee from the big floods. Photo by: Erich Schlegel
Email
Twitter
Facebook

In the 1960s, when the Cochiti Pueblo was negotiating with the Army Corps of Engineers about the construction of Cochiti Dam, the tribe's elders knew the dam was going to be built no matter what they did.

So they asked that one site be left undisturbed.  It was sacred not only to the Cochiti, but to the neighboring pueblos as well.

“They actually went in and flagged it,” said Phoebe Suina. “And what was the first place they blew up?”

The reason, Phoebe explained, was the sacred site also happened to be the only stable place the Corps could put the outlet works of the dam.  Any engineer with a basic understanding of dam construction could have told the elders that no matter what they were told and promised, the outlet was going to be placed next to the rock outcrop.

Phoebe was not alive when the sacred site was buried under the construction of the dam and inundated by the lake. But the story lived on and as a member of the Cochiti Pueblo, it drove her to attend Dartmouth College and become an environmental engineer.

“I want the tribe to have someone to sit at the table, “ she said. “Sometimes those little letters after your name matter.”

She came back to New Mexico to work in Los Alamos dealing with the waste left over from the development of nuclear weapons and forest fires, which end up in the sediment behind Cochiti Dam.  Now she is self-employed and working as a consultant for the pueblo to deal with the aftermath of the Las Conchas Fire of 2011.

At its peak, the fire was consuming almost an acre of drought-plagued overgrown pine per second.  More than 150,000 acres were reduced to ash.  Trees were totally incinerated; even the roots became ash.

“They actually went in and flagged it,” said Phoebe Suina. “And what was the first place they blew up?”

With no vegetation to hold back the water, the mudslides traveled down the mountains like runaway freight trains.  The Dixon Apple Orchard was obliterated.  See Phoebe’s video here.

The mudslides have not stopped.  Every afternoon thunderstorm has the potential to set off another one.  If not controlled, the flows would wipe out the Cochiti Pueblo.

It was time for another dam.  Phoebe was ready.

“I probably could have gotten more money for another big dam,” she said, as she picked her way through the boulders of the ever-changing stream bed that cuts through the remains of the apple orchard.  “But being from here, I did not want to scar the landscape.”

The pueblo instead asked the state to lease the remains of the apple orchard to them.  This was a chance to get the land back and be part of the recovery.  The economic value of the land was gone, but not its place in their history.

The Dixons asked the pueblo to shoot the bears that would come in the fall to eat the apples from the remaining trees.  Phoebe said the bears and elk were left undisturbed.

But simply letting the streams blast away was not an option. If a flood came down the next drainage to the south, it would wipe out the heart of the pueblo.

Phoebe proposed a series of earthen berms.  They would be enough to deflect the floodwaters of small- and medium-sized rainstorms away from the pueblo and slow the waters enough to give people time to evacuate when the big floodwaters come.

“Let Mother Nature do what she wants to do,” Phoebe said. “But let me make sure the people are safe.”

A big dam could protect the pueblo for a little while, but it would eventually fill up with debris and become a threat of its own.  Just like Cochiti will, Phoebe explained.

The Cochiti tribe is now working on regaining control of the original pueblo site on top of Horn Mesa.  It is a natural fortress with sheer cliffs on all sides and a spring.  It was where her people fought off the Spanish.  It over looks the Dixon Apple Orchard, where the original farms of the pueblo once were.

Getting it back has been a goal for the last 400 years.  They have come close a couple times.

And then there is the dam. In the last 40 years, Cochiti Dam has used about one-third of its storage capacity for sediment, according to the Army Corps.

Phoebe is planning for the day when her children or her grandchildren will be the engineers to decide what should be done with Cochiti Dam once it fills and can no longer provide flood control.

It is a long-term approach, Phoebe explained.  It is a way to keep the responsibility of protecting sacred sites with members of the pueblo, not with outsiders.

“That’s how we have been able to survive for three governments,” she said. 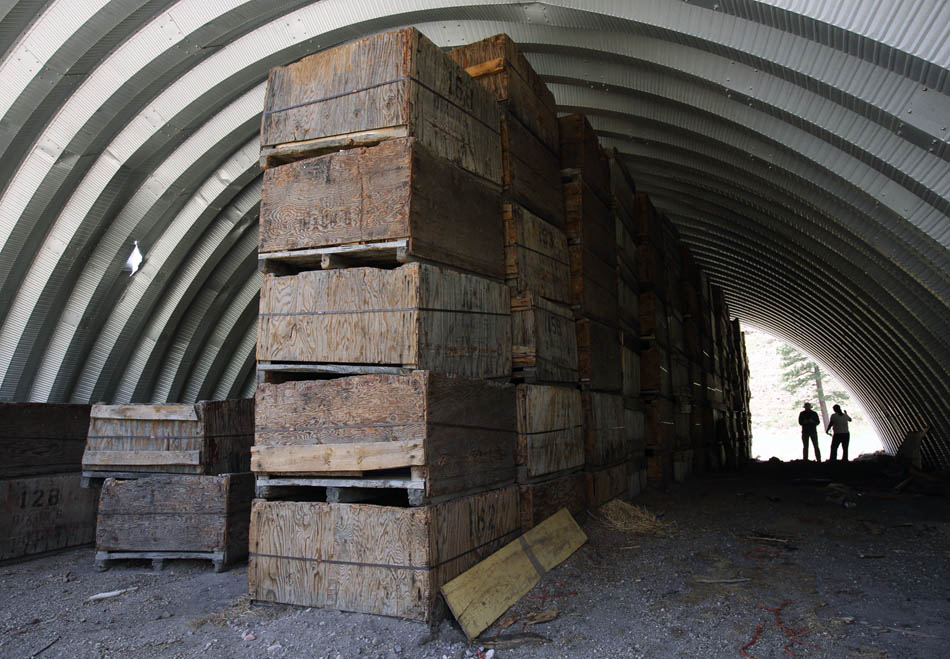 After the road was washed out by flash floods, the apple boxes of the Dixon Apple orchard were left where they were stacked. Photo by: Photo by Erich Schlegel 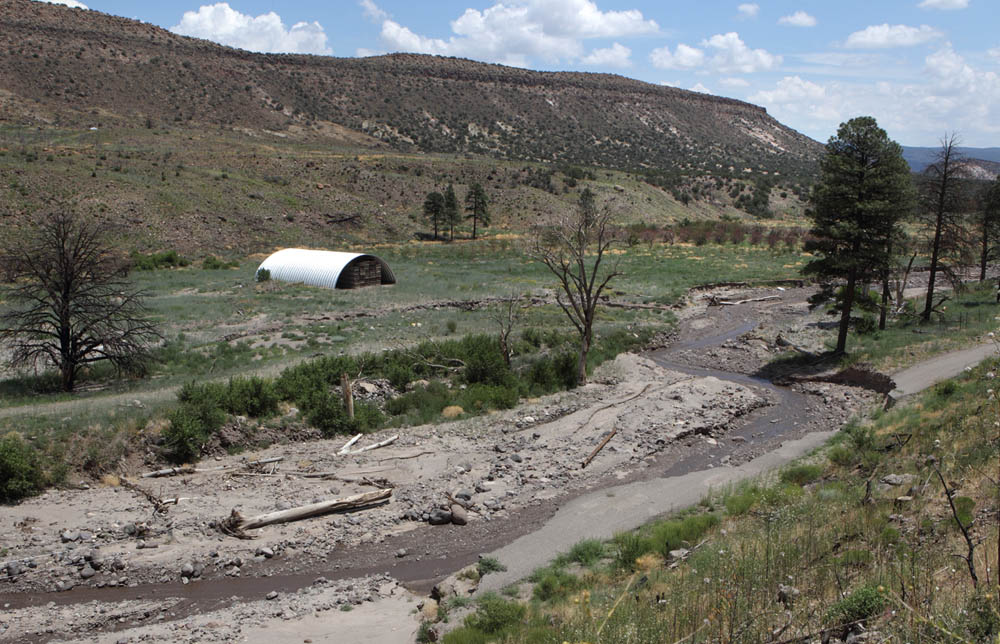 The remains of the Dixon Apple Orchard. Photo by: Erich Schlegel 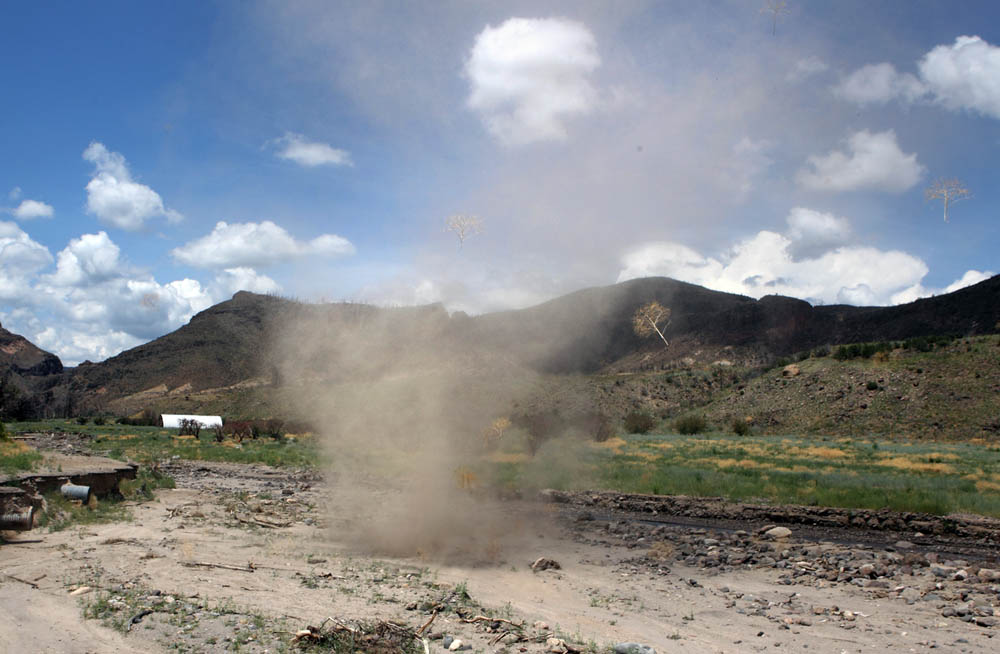 A whirlwind picks up a cloud of dust in remains of the Dixon Apple Orchard. Photo by: Erich Schlegel 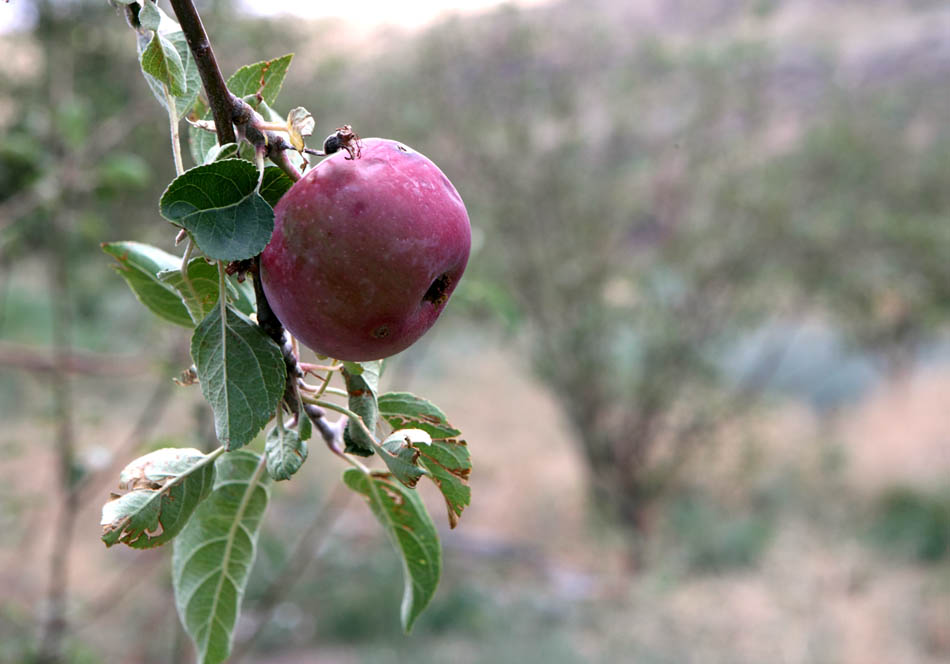 One of the last apples of the Dixon Apple Orchard. Photo by: Erich Schlegel 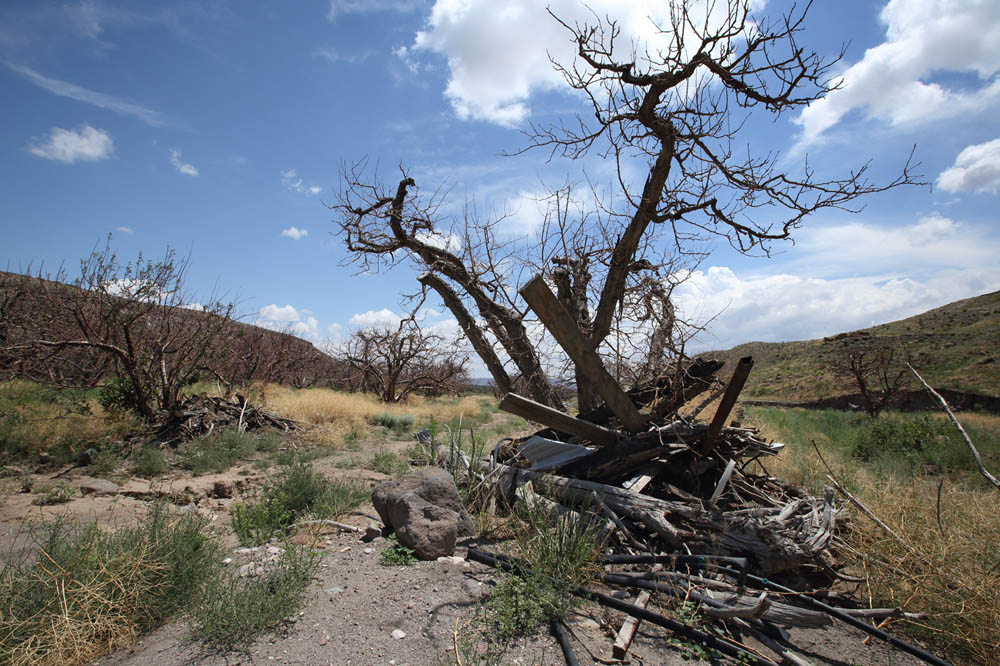 One of the last apple trees of the Dixon Orchard holds on as the ground around it is repeatedly scoured away by flash floods. Photo by: Erich Schlegel 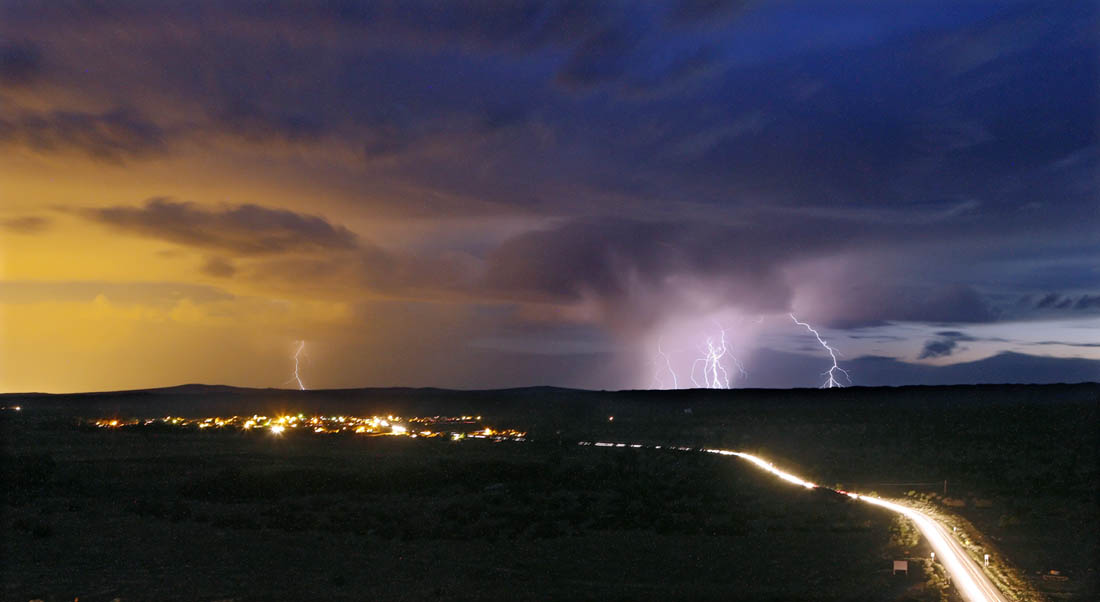 An evening lightning storm over the Cochiti Pueblo can trigger flash floods thanks to forest fires that have razed the pine woods of the mountains above. Photo by: Erich Schlegel