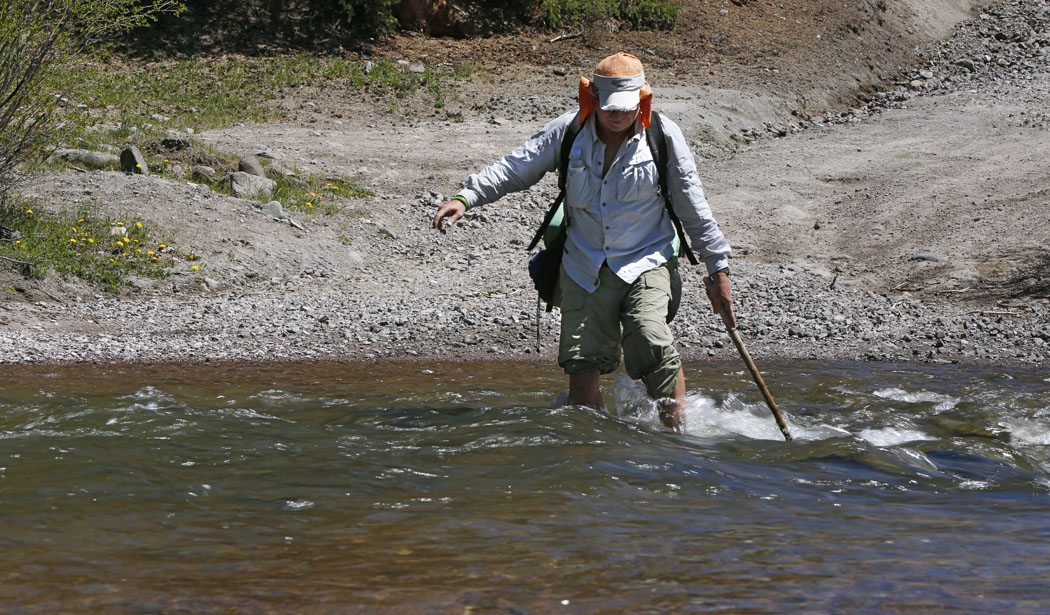 Stony Pass has never been an easy place to get to. The wagon road that was built over it in 1871 was a road in name only.  Wagons had to be disassembled and put on the backs of mules to be carried over the crest. The road became famous for the broken wagon parts that lined its side.

The road has not changed much since then. Not that that was a concern for photographer Erich Schlegel and our new head of logistics, Jason Jones. The two of them navigated Erich’s Honda Civic hatchback — nicknamed “El Burrito” because it is small and hauls as much as a burro — through the streams and over the boulders like it was in a truck commercial. I sat in the back, held on and tried not to watch. The result was they cut the 21-mile hike from our campsite at Thirty-Mile Campground to the top of Stony Pass down to 10 miles.

This area did not burn in the West Fork Complex Fire. The higher we climbed, the fewer dead spruce we saw.  At about 11,500 feet, the trees were healthy, the river was running clear and if it were not for the dozen motorcycles, 4-wheelers and Jeeps that passed us as we walked, we could have been back in the 1870s. 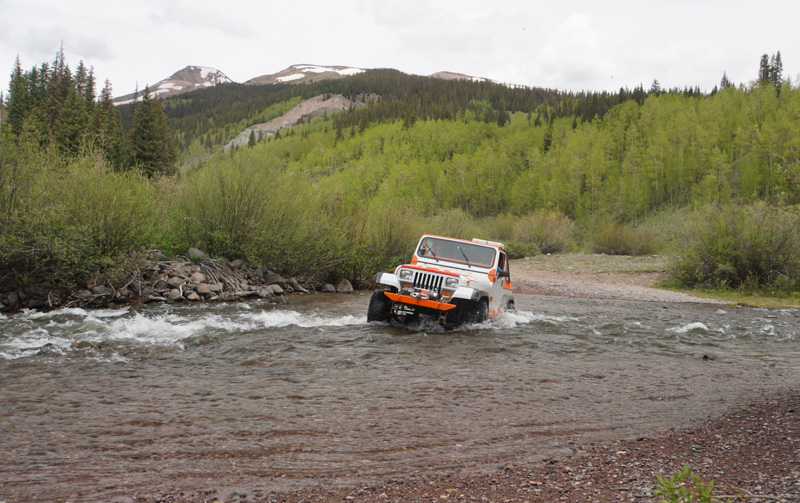 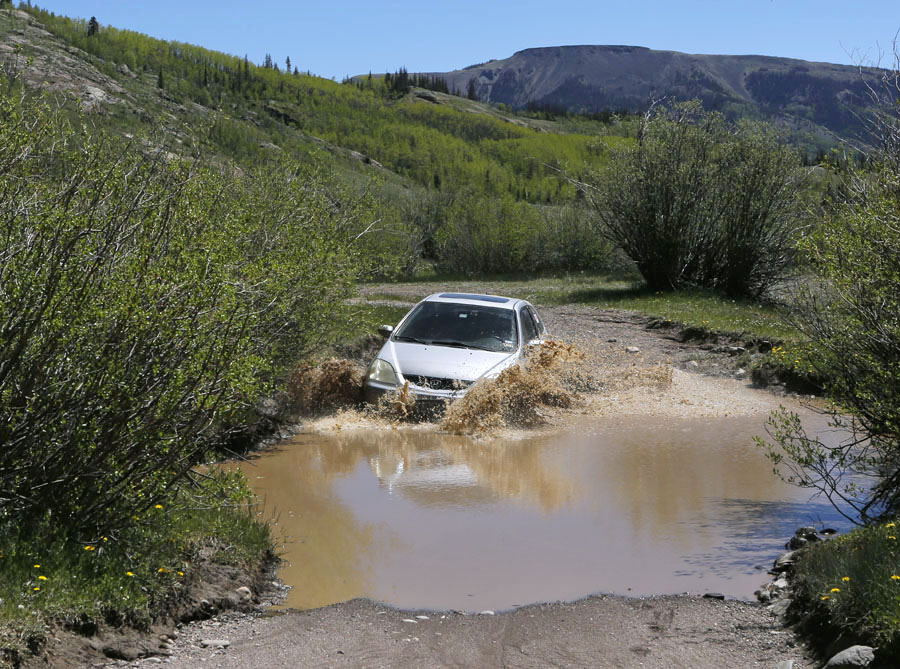 El Burrito fords a small stream on the way to Stony Pass. Photo by: Jason Jones 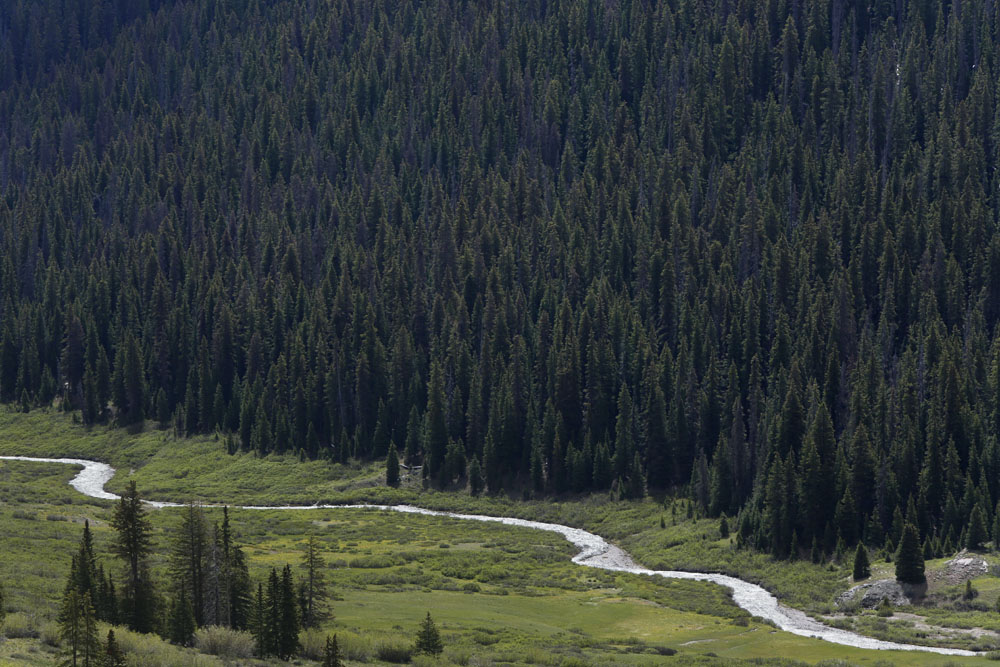 The forest on the way to Stony Pass grows green and healthy. Photo by: Erich Schlegel