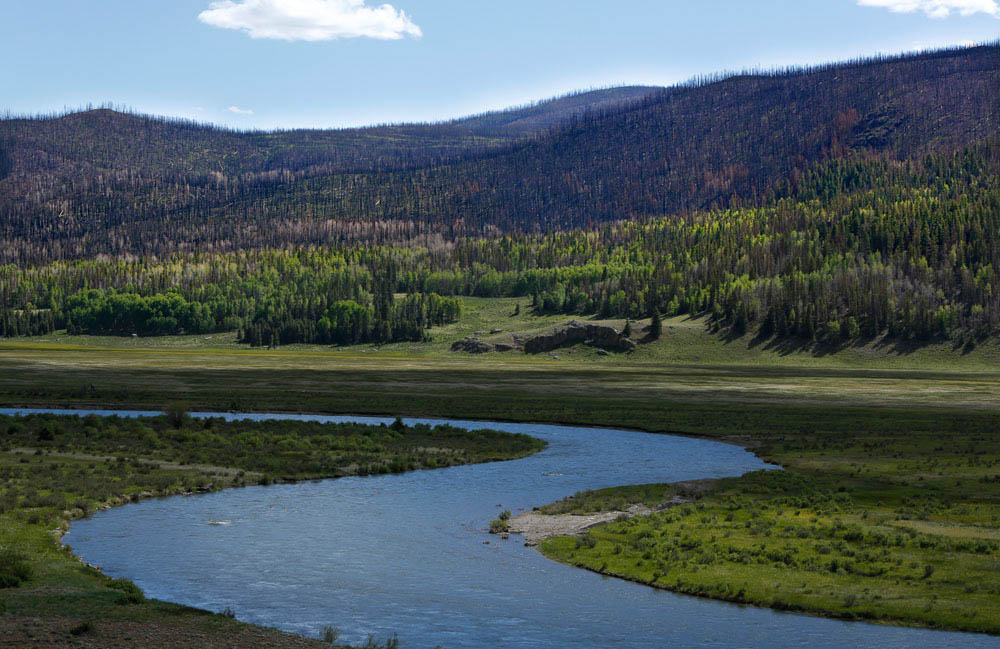 The Rio Grande flows in front of an area devastated by a massive fire in 2013. Photo by: Erich Schlegel
Email
Twitter
Facebook

We are starting our expedition on the Rio Grande as the local counties work to set up an early warning system for flash floods and debris flows.

The West Fork Complex fire ripped through these mountains last summer, leaving more than 109,000 acres of charred forest in its wake.  With few trees left alive, there is little to hold back the rain and snowmelt.  Floods are considered inevitable.

Conditions were ideal for a big burn in June 2013. The forest was packed with trees that had been decimated by beetles and the area was in the middle of the worst drought in generations.

The fire, started by lightning, burned out of control for almost a month. It sent up a smoke plume that rose above 30,000 feet and terrified local residents.  The entire tourist season was shot as the highway closed and the Rio Grande ran black.

Now it is running clear, but the rains have been light and the monsoon season has yet to begin.

The parts of the spruce forest that were severely burned could take centuries to recover, said Mike Blakeman of the Rio Grande National Forest.

For Mike, it is personal.  On June 26, 1993, he got married.  The backdrop for the ceremony was a cliff overlooking the Rio Grande National Forest and the mighty spruce forest.  The judge joked the spot was chosen so Mike could not back out.

After the ceremony, family and friends celebrated with a snowball fight.  Such snow would never have allowed such a large fire like the West Fork Complex, Mike said.

Now there is no snow in sight except for the tops of mountains and a new forest is taking shape. The grasses and sedges of high mountain meadows and stands of aspen will replace the spruce.

“The fires caused a lot of hardship,” Blakeman said. “But as a person with a natural resource background, I really enjoy watching the recovery.” 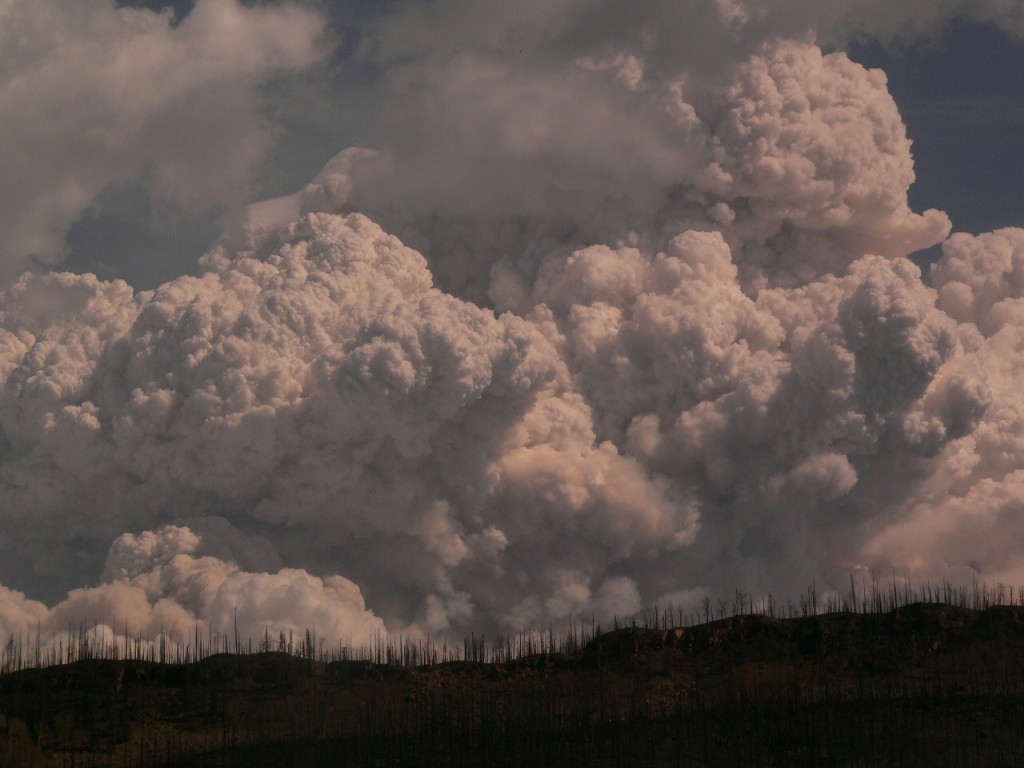 A huge plume of smoke rises from the fire last year. Photo by: Kristine Borchers 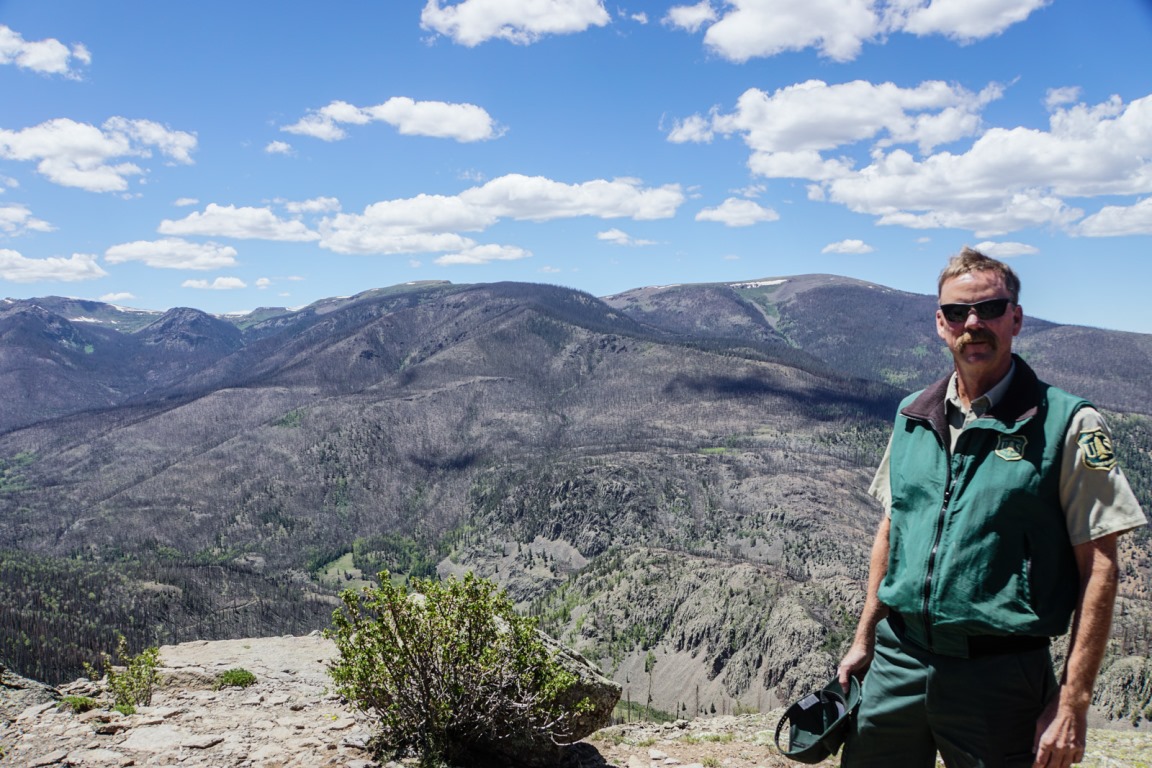 Mike Blakeman of the Rio Grande National Forest stands at the site where he was married in 1993. The area was burned in last year's fire. Photo by: Colin McDonald 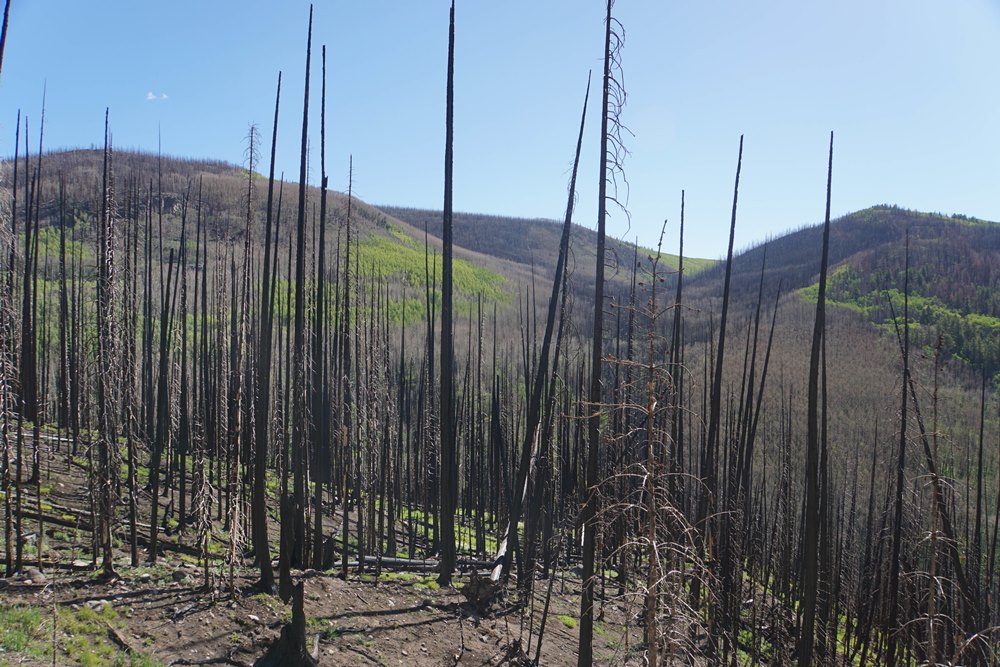 Some greenery is starting to show after the huge fire last year. Photo by: Colin McDonald 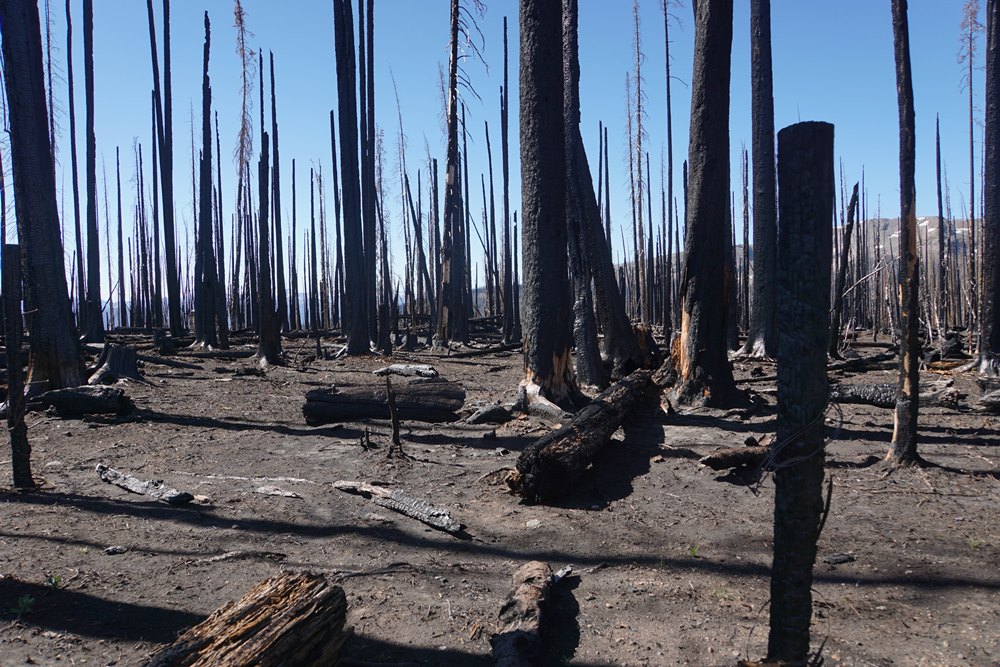