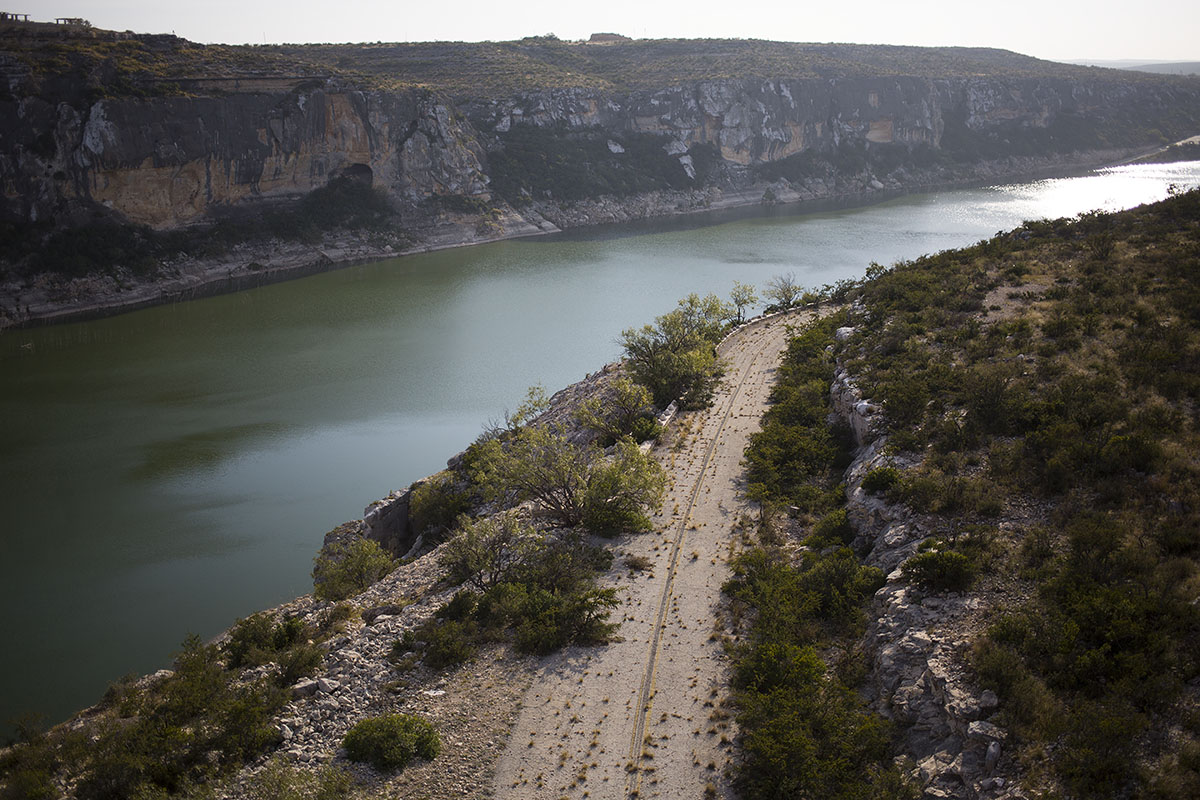 Highway 90 used to run down the side of the gorge that was created by the Pecos River. A high bridge over the dam left the road unneeded and Amistad Reservoir backed up the flow of the river. Photo by: Mike Kane
Email
Twitter
Facebook

Tonight, Mike Kane and I are camping on the dried mud in front of Parida Cave.

We are staying well outside of the archeological site. We’re on a mud formation that is at most a few decades old, but it is hard to ignore the history of the place.

The human record inside the cave dates back some 10,000 years, according to the interpretive signs.

The art on the cave walls dates back more than 2,000 years and includes images of fish, hunters and intricate patterns. Modern additions by railroad workers in 1888 include an advertisement for H.B. Rising’s Curiosity Shop in Chicago. The most recent work appears to be by some folks who came from Houston with pencils in 1996.

The railroad bed is now under the mud that was deposited over the last six decades on what has become the bottom of Amistad Reservoir. Now that the lake is low again, the river is flowing here.

The sound of the gurgling water and the pale moonlight reflecting of the cliff walls makes it easier to imagine what it must have been like to live here a couple thousand years ago.

We won’t leave any additions to the cave wall. But it is comforting to know we are just the most recent travelers to pass through these parts.

It was hard for both of us to say goodbye to loved ones, but it does feel good to be back on the river. 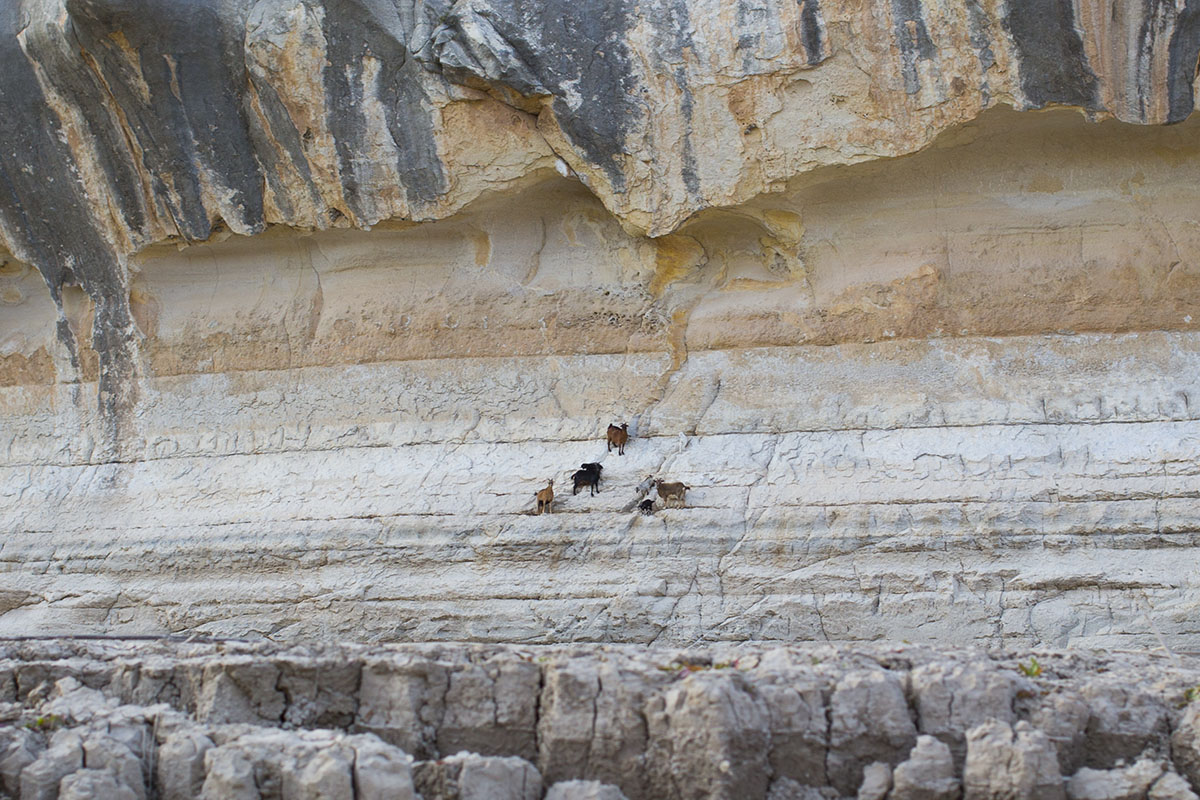 Goats walk freely along the nearly vertical walls along the edge of the Pecos River. Photo by: Mike Kane 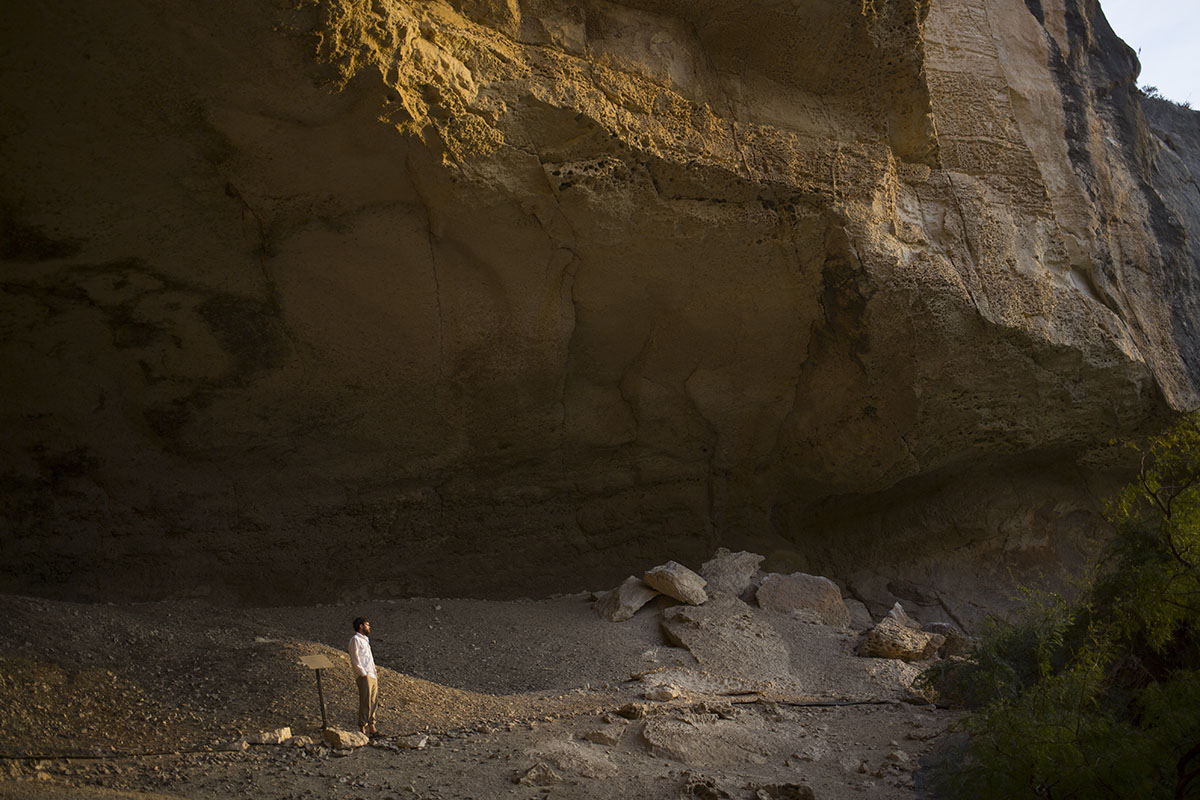 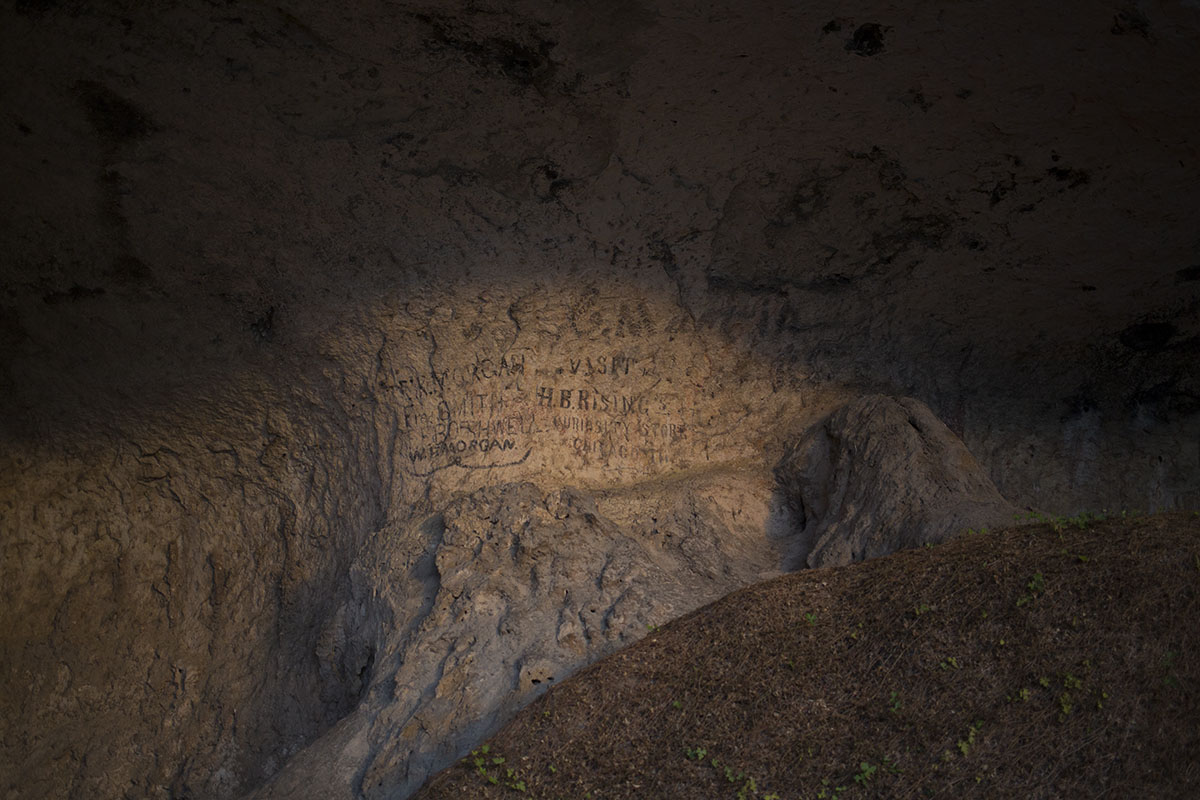 An advertisement for a curiosity shop in Chicago can be seen amongst rock art dating back more than 2,000 years. Photo by: Mike Kane 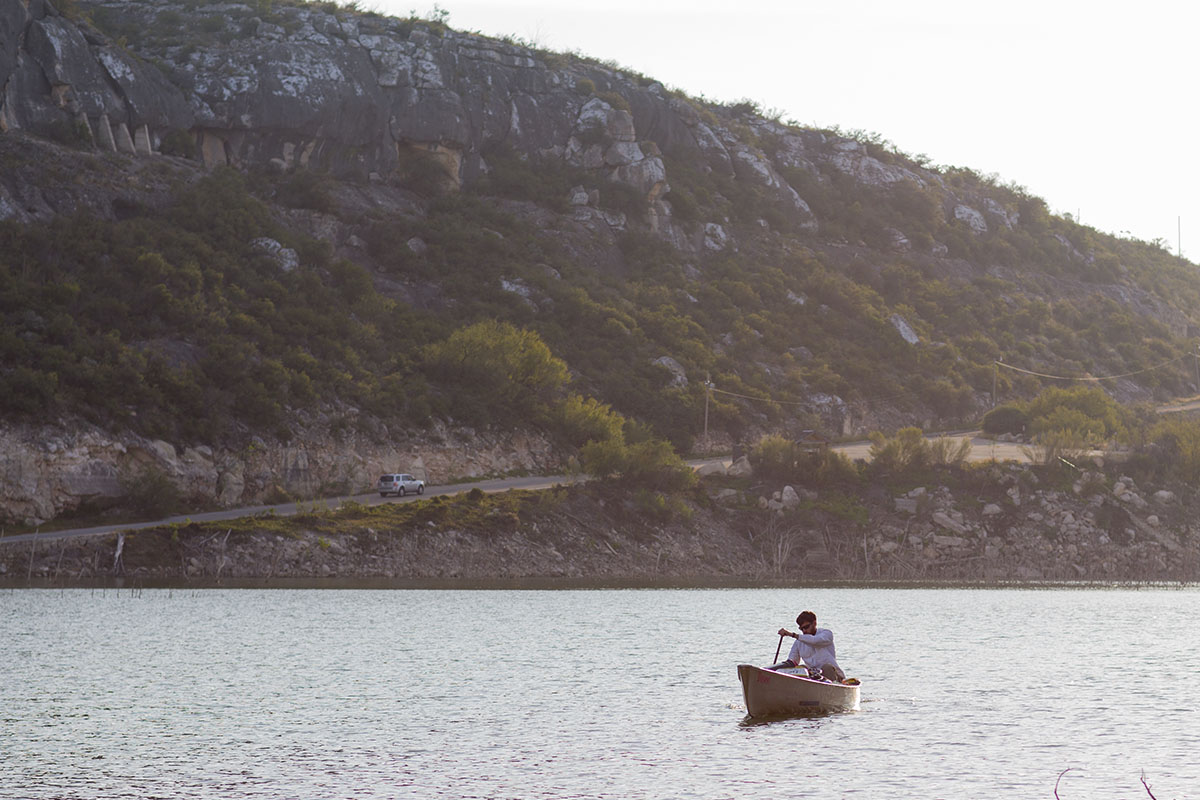 Colin McDonald paddles across the Pecos River as his fiancee, Jenna Tomlin, and her father, Terry Tomlin, drive away. Photo by: Mike Kane 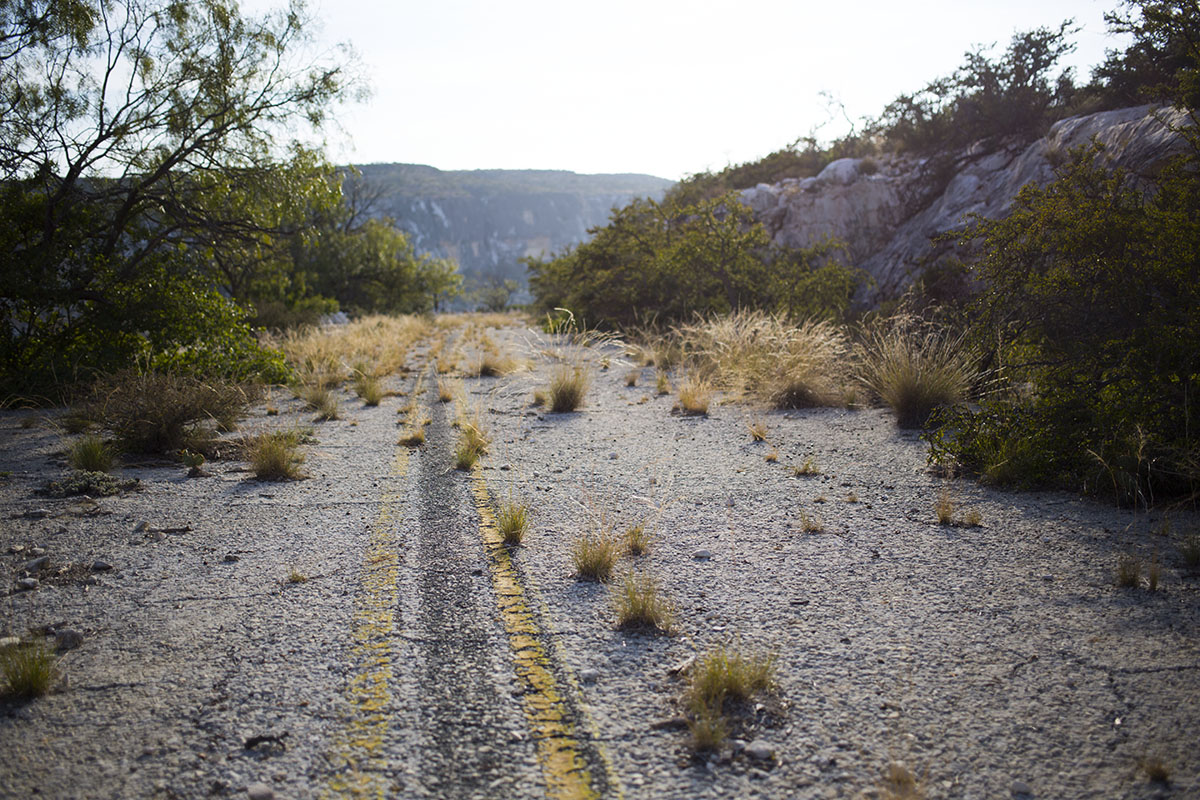 The remains of old Highway 90, which has since been replaced by a high bridge over the Pecos River. Photo by: Mike Kane 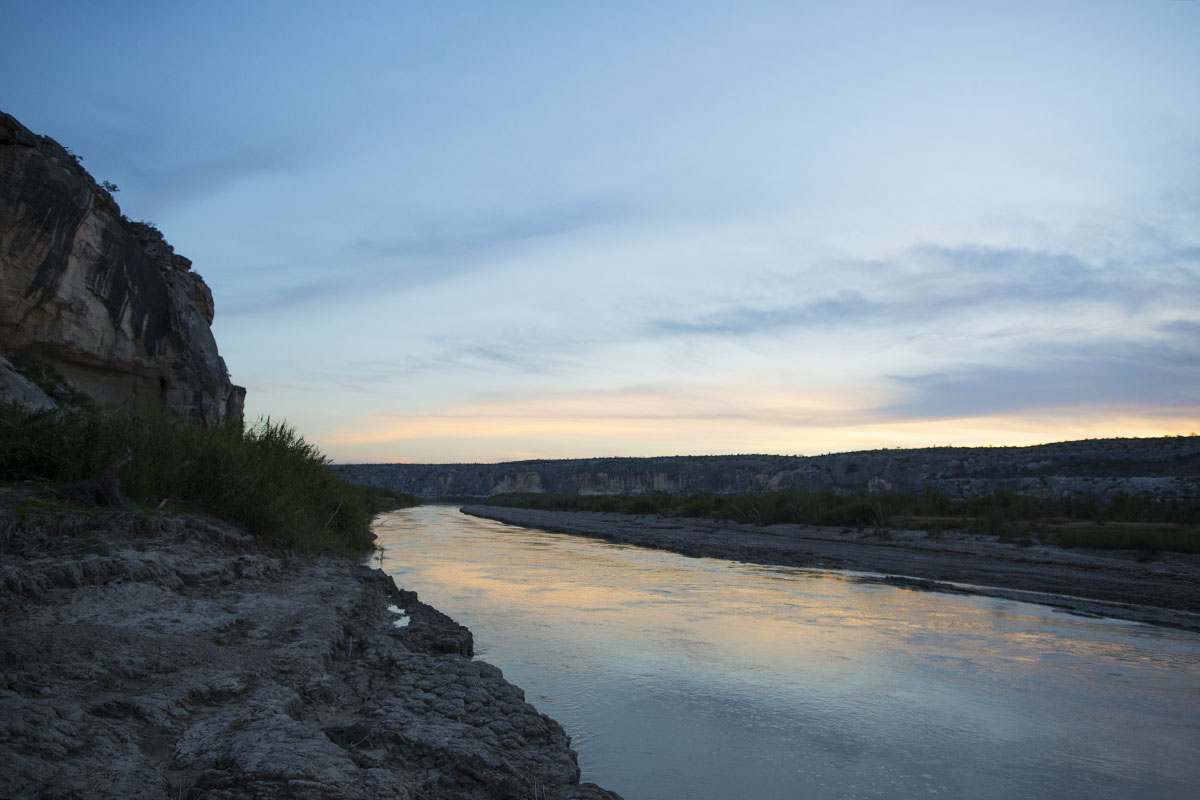