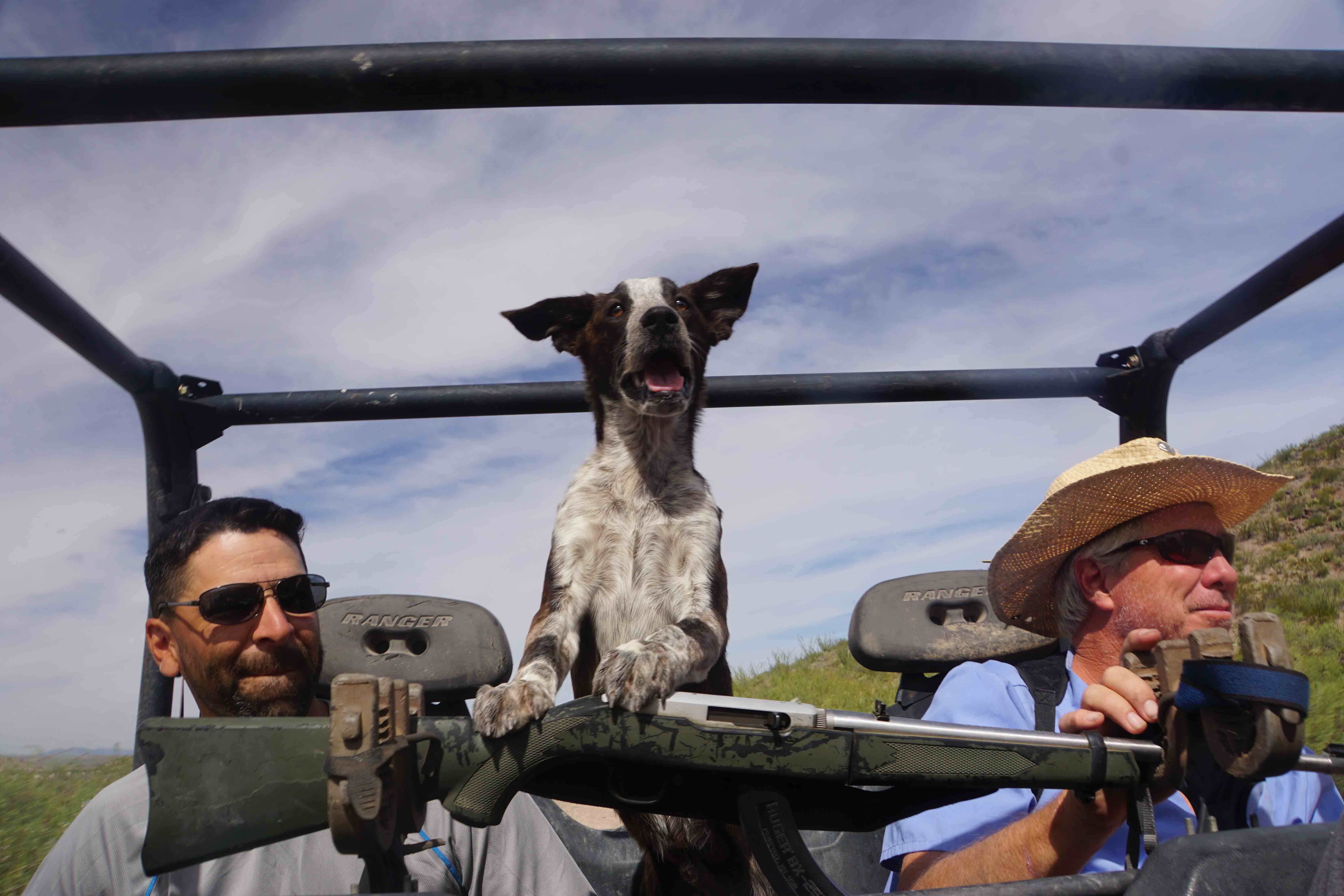 One of David Arnold's dogs balances on the back seat of an all-terrain vehicle while David Lozano and Jason Jones take a tour of the 9,000-acre Indian Hot Springs. Photo by: Colin McDonald
Email
Twitter
Facebook

When David Arnold says “I'm basically the law around here,” he is not joking.

U.S. Border Patrol agents once came to his door to tell him a cartel had put a hit on him. They were there to escort him off the property. He thanked them and said he would be staying.

Arnold is the caretaker at Indian Hot Springs. He loves the country and the solitude. He can go two months without seeing another human.

People have shot at him before and he has returned fire. He has body armor. His rifle skills impressed the U.S. Army Special Forces who came to train on the ranch before being deployed to Afghanistan. He is always armed. Most of all, he has family on both sides of the river. They all look out for each other.

They have to. When the river floods, it carves through the levees like they were sand castles. The roads can disappear in an instant when it rains. It can be months or years before they are repaired. Even when they are in good shape, it takes two hours or more to get to a hospital.

But the rains bring the good times. When they don’t come, which is most of the time, people are trying to make a living in a desert where it takes several hundred acres to raise one cow.

We spent the day with Arnold, seeing the ranch, talking about and shooting guns, and gaining an appreciation for a place where you have to take care of everything yourself.

Even the dogs take care of themselves. On our 15-mile drive around the ranch, they loped along in the middle of the day, easily keeping up with us. They took side trips into the brush to scare up lizards, quail, jackrabbits and anything else they could. Sometimes, one of them would join us in the all-terrain vehicle to get an ear scratched.

The more agile ones would jump out of the moving vehicle to return to the hunt.

It's not a safe life, but it's rarely boring. 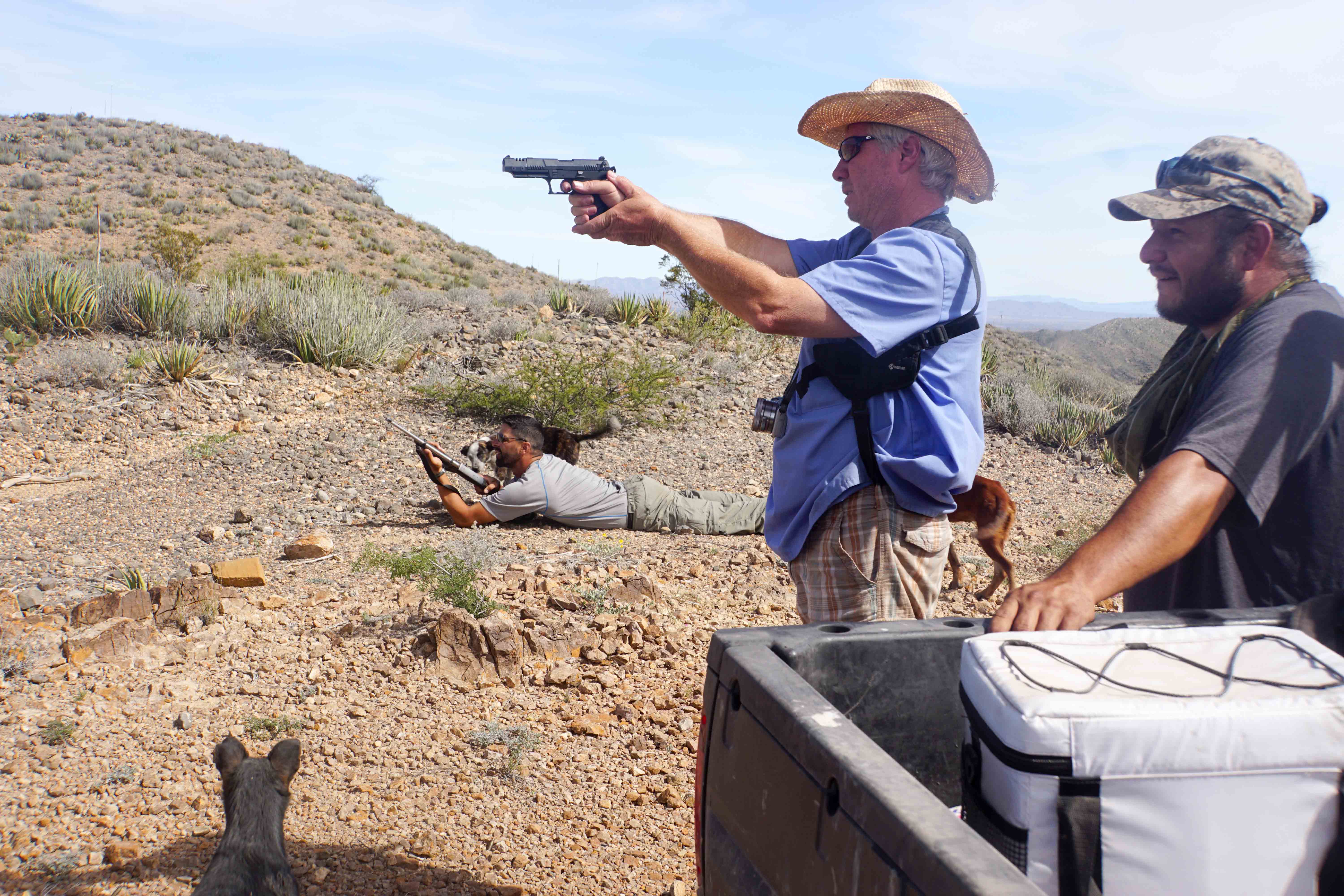 David Arnold and Jason Jones talk about the workings of a .22 pistol while David Lozano checks out an AK-74. Photo by: Colin McDonald 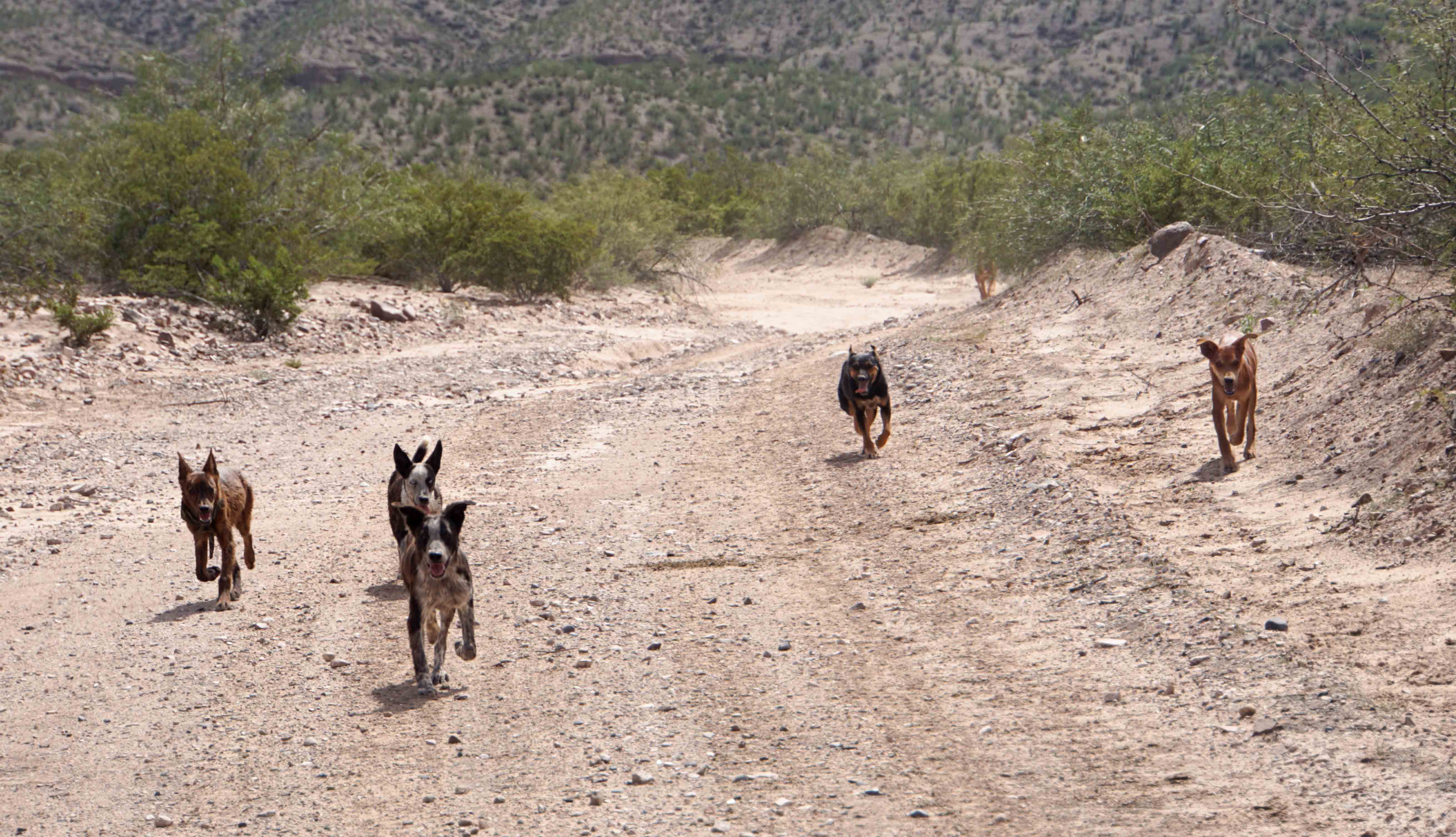 At any one time, six dogs were running along with us as we toured Indian Hot Springs. Photo by: Colin McDonald 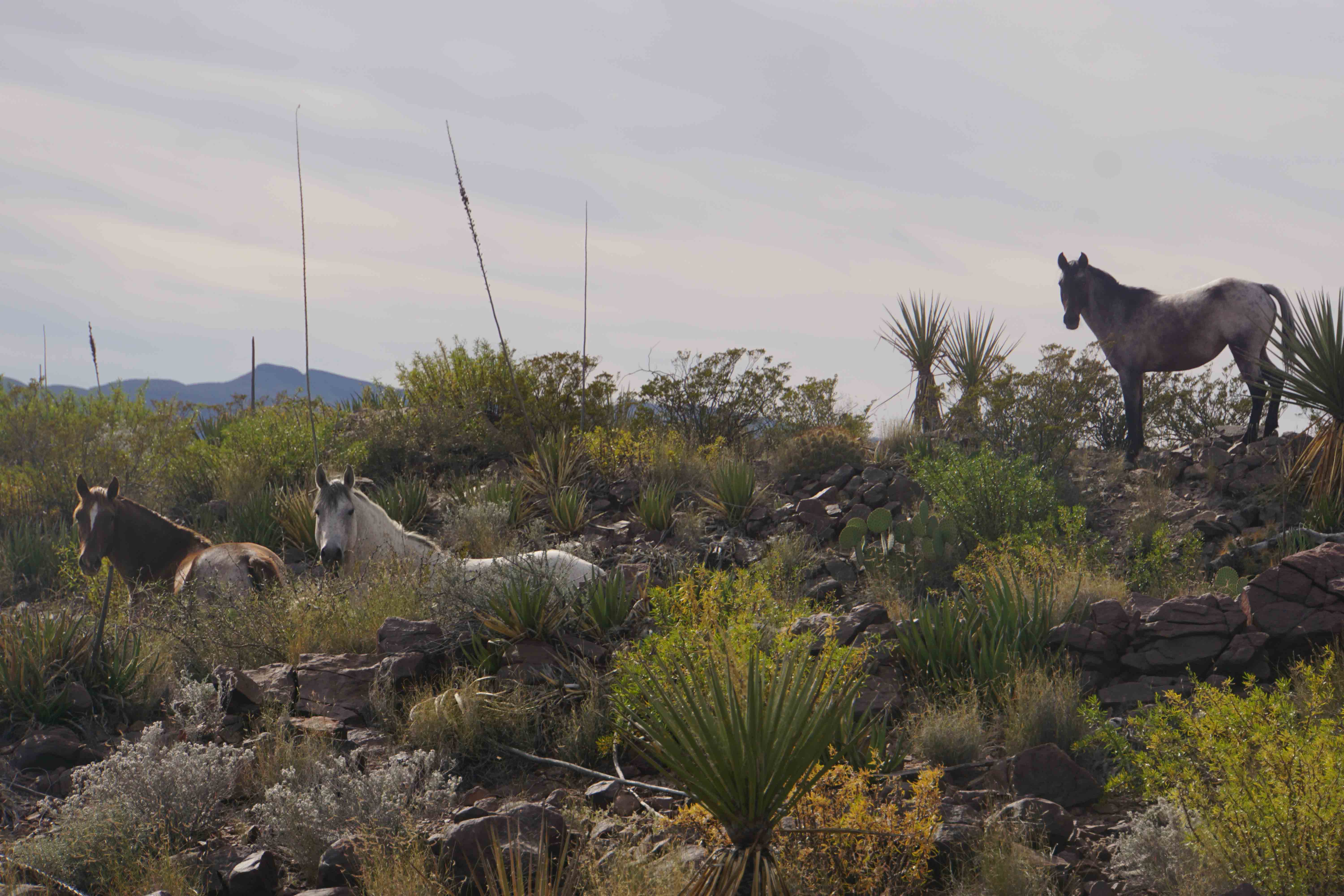 Because they are only needed during deer hunting season, many ranchers let their horses roam free most of the year. Photo by: Colin McDonald 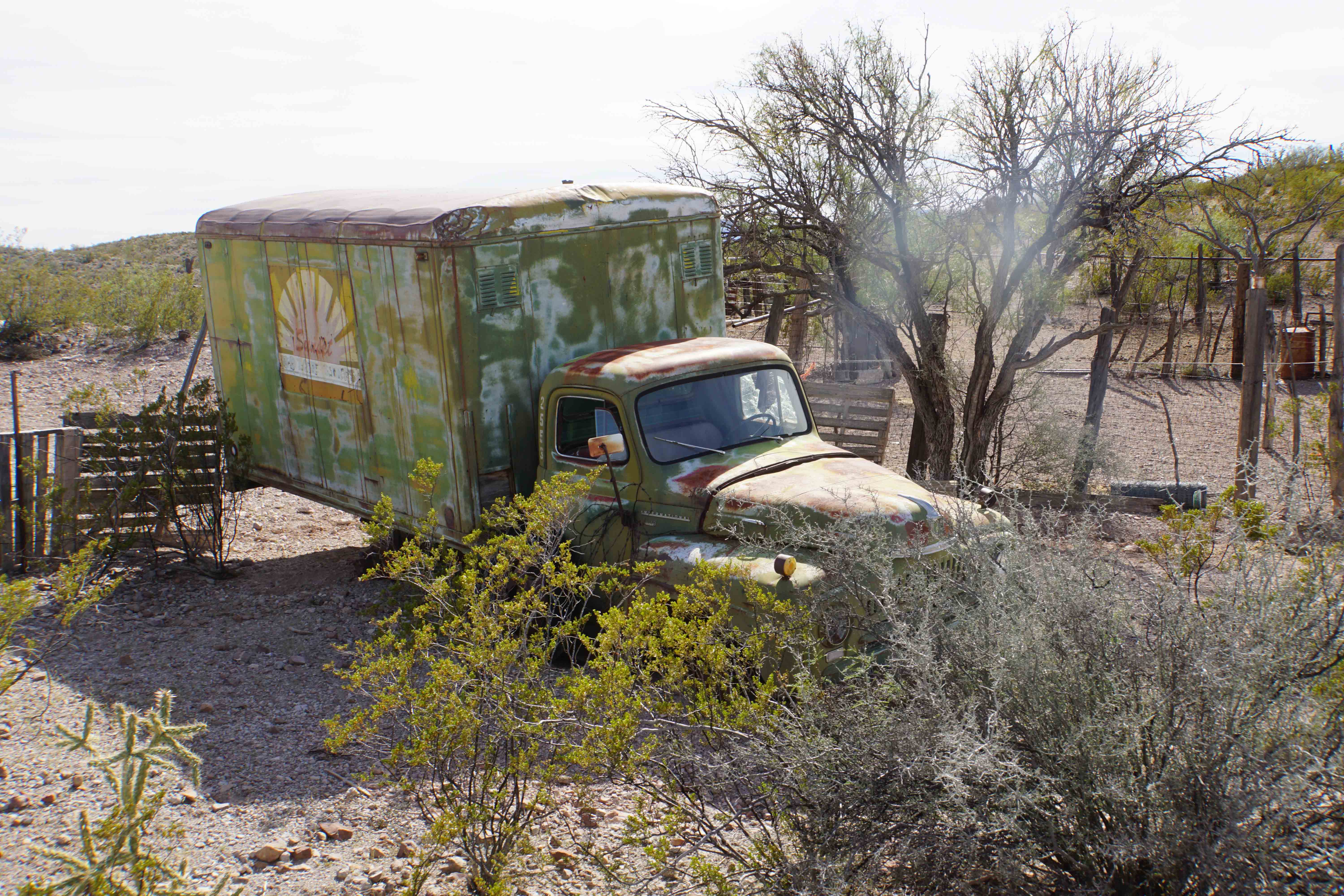 Few families still live along the north bank of the Rio Grande. The alfalfa fields are now thick with brush as the river has retreated. The buildings and equipment are left to slowly break down. Photo by: Colin McDonald 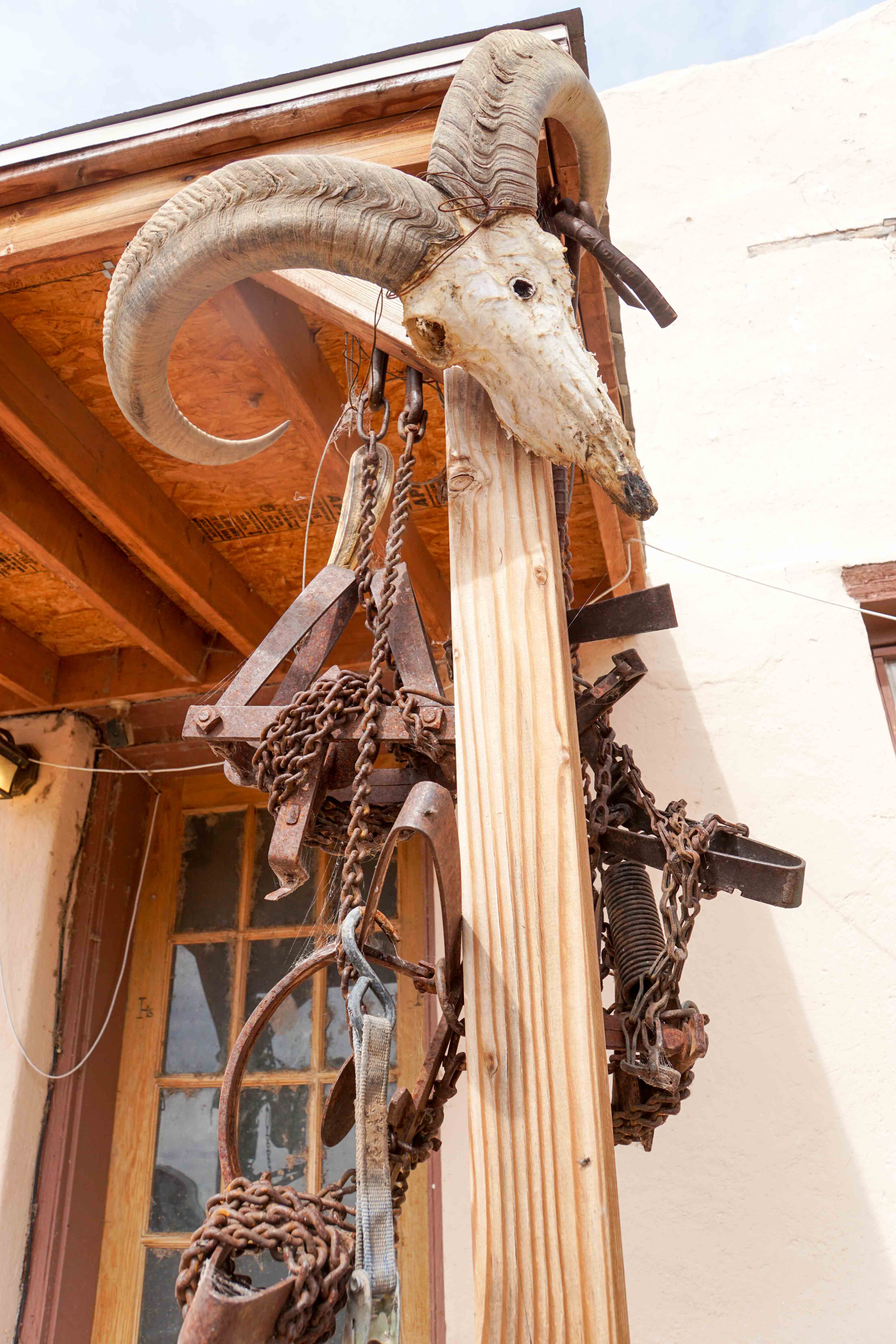 The skull of an aoudad that David Arnold shot dries in the sun. It's hanging above snares that Arnold uses to trap mountain lions. Photo by: Colin McDonald